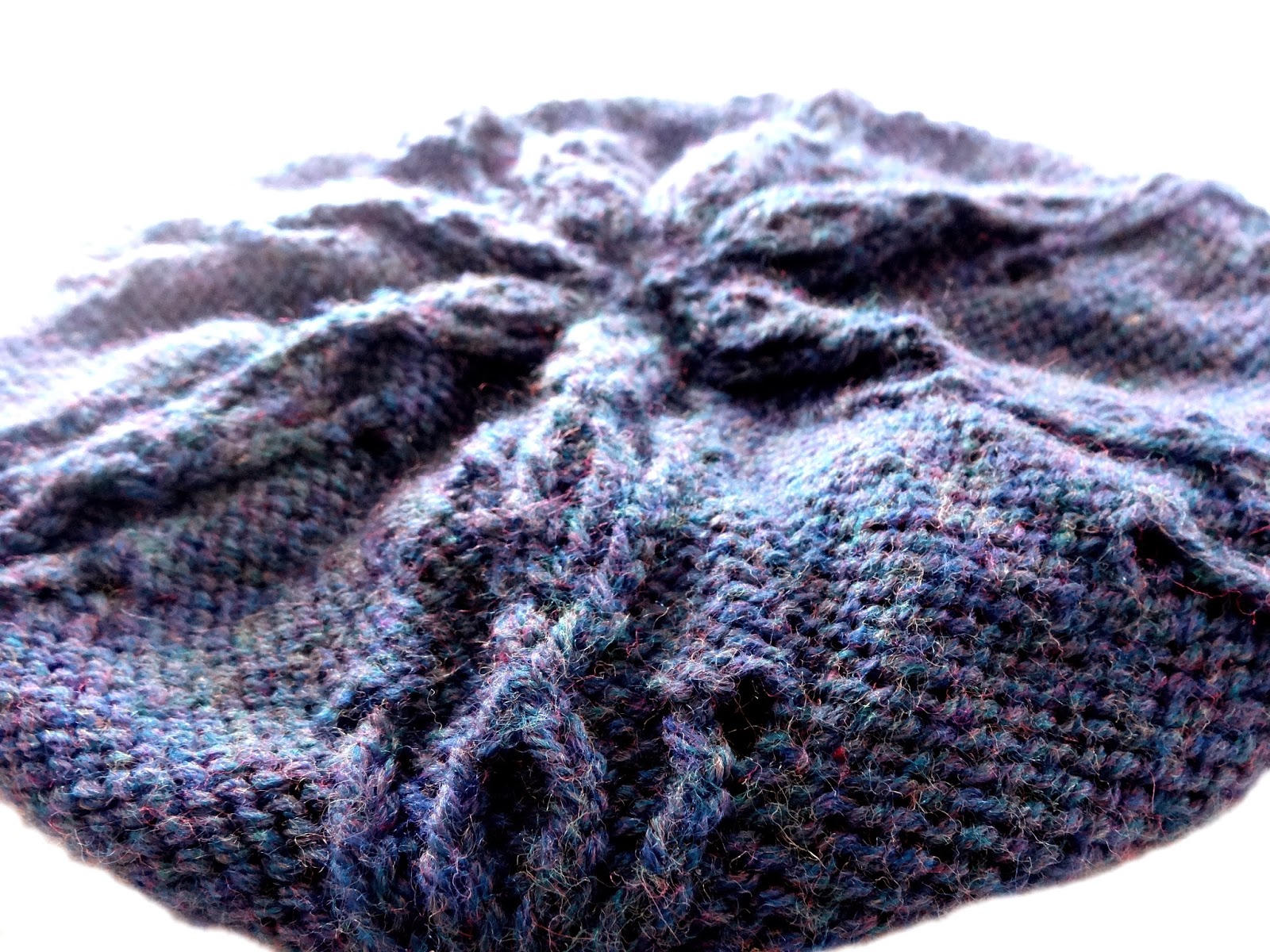 Another hibernated project off the needles! You're looking at a cabled slouchy hat that resembles frost marks on a pool of water. I've named the pattern "Frozen River Slouch" and it was started in 2010. 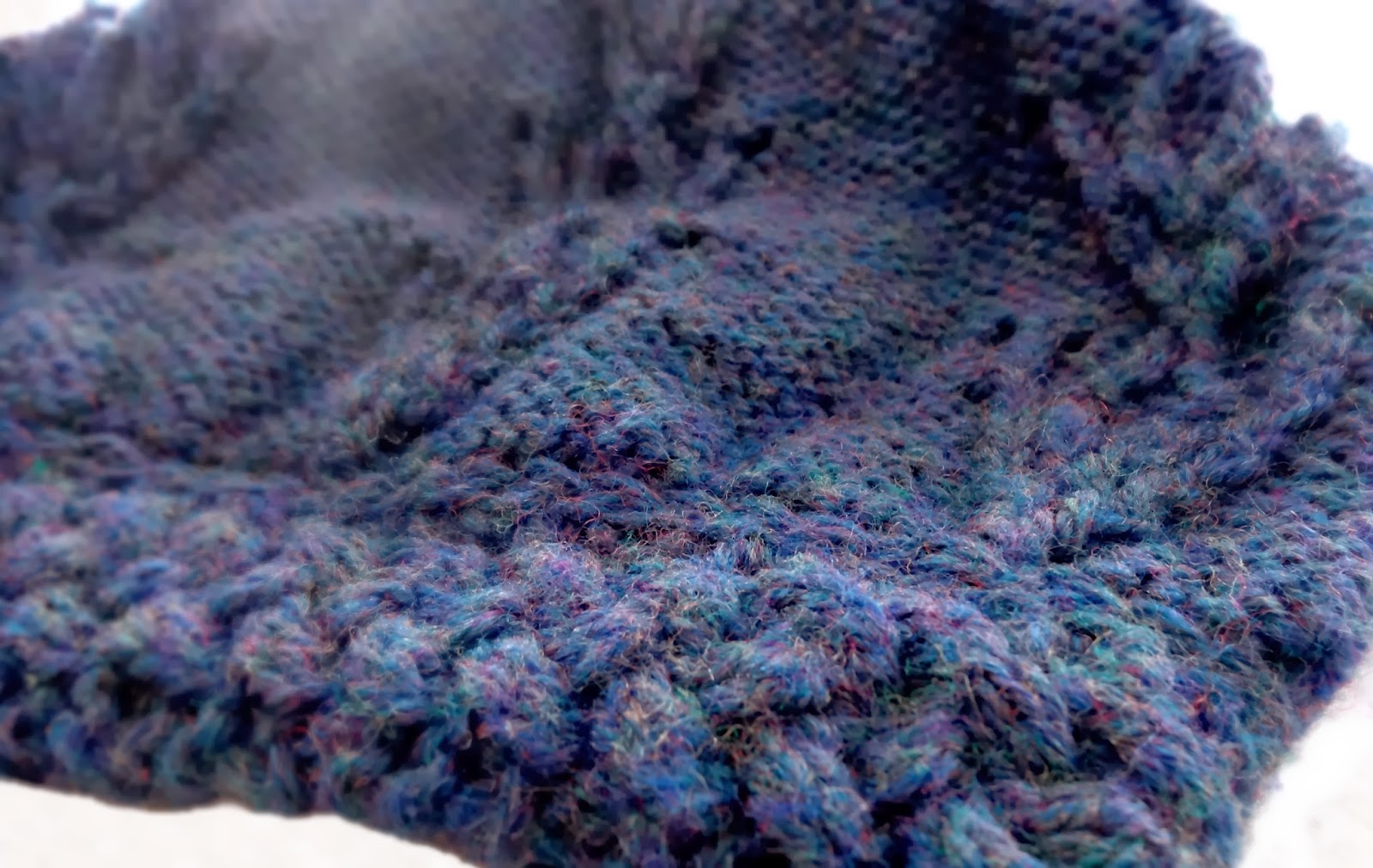 On the base of the slouch is a cabled braid, and other finishing touches is a crochet slip stitch border above the braid edging for a nice, clean finishing touch, and also a little cute I-Cord nub at the top. 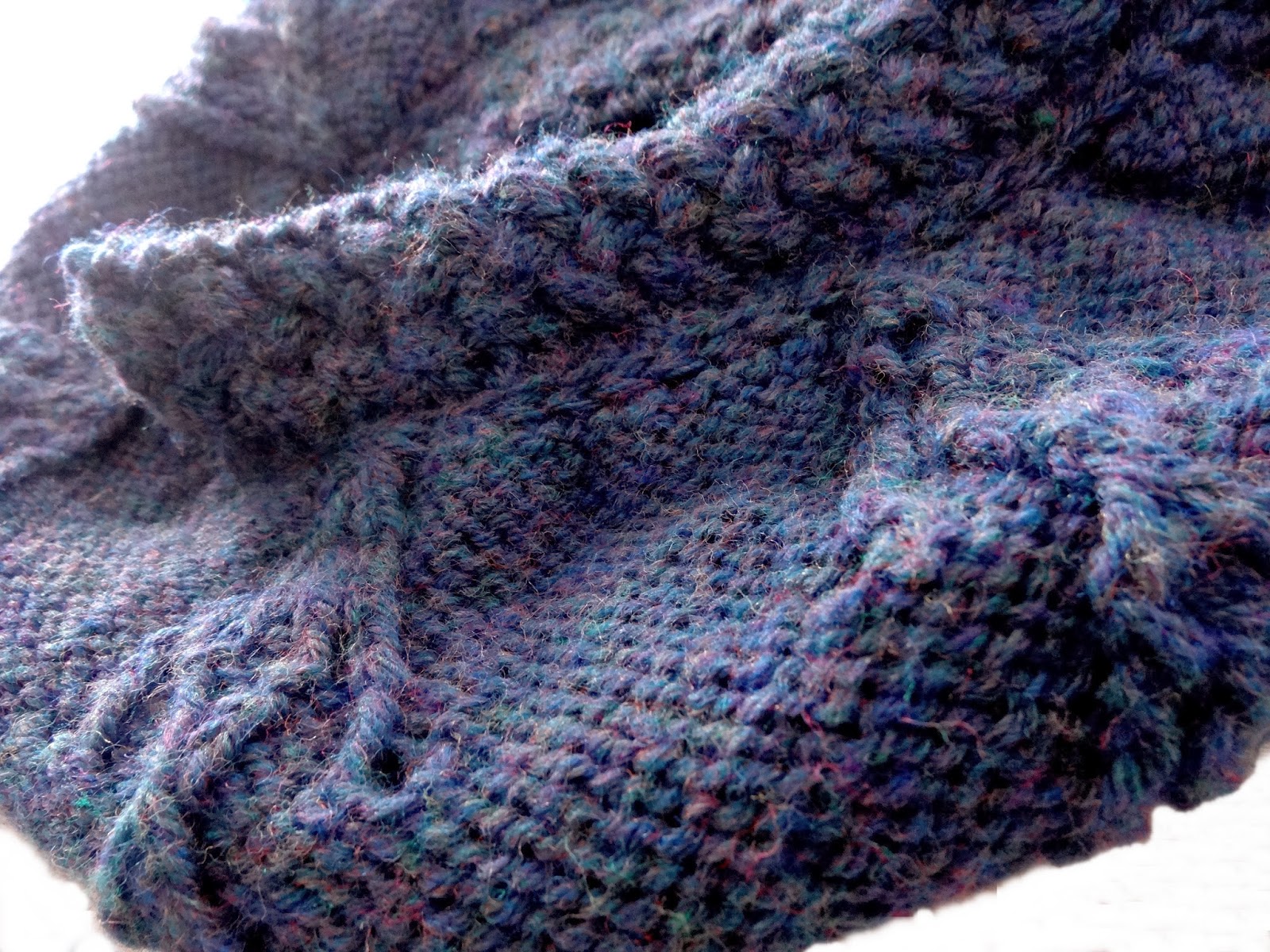 It's a very slouchy hat. I'm thinking of making another version that is less slouchy and with a different type of yarn that is less fuzzy for better stitch definition. I was destashing before, but this might lend itself nicely to be published? No? 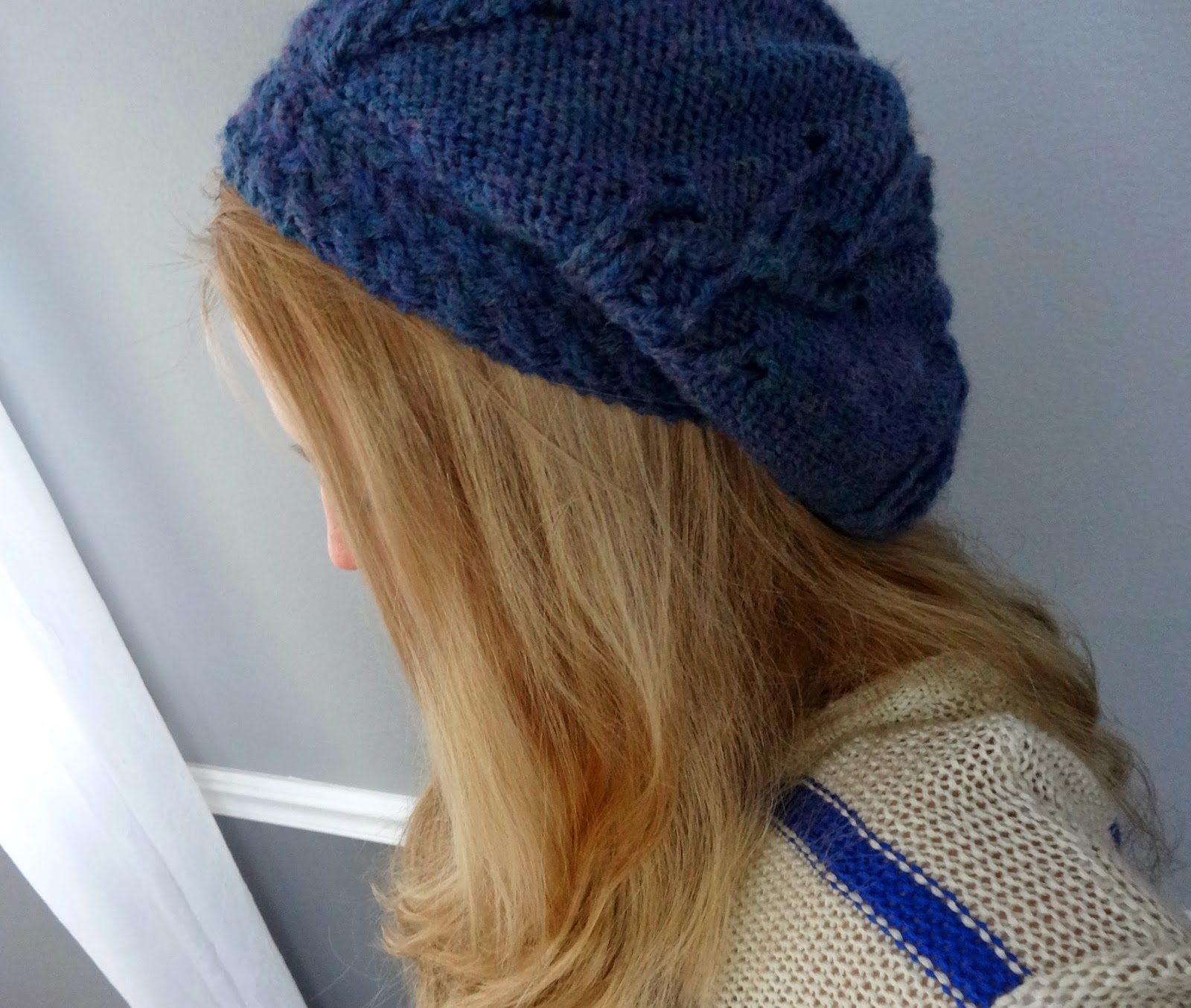 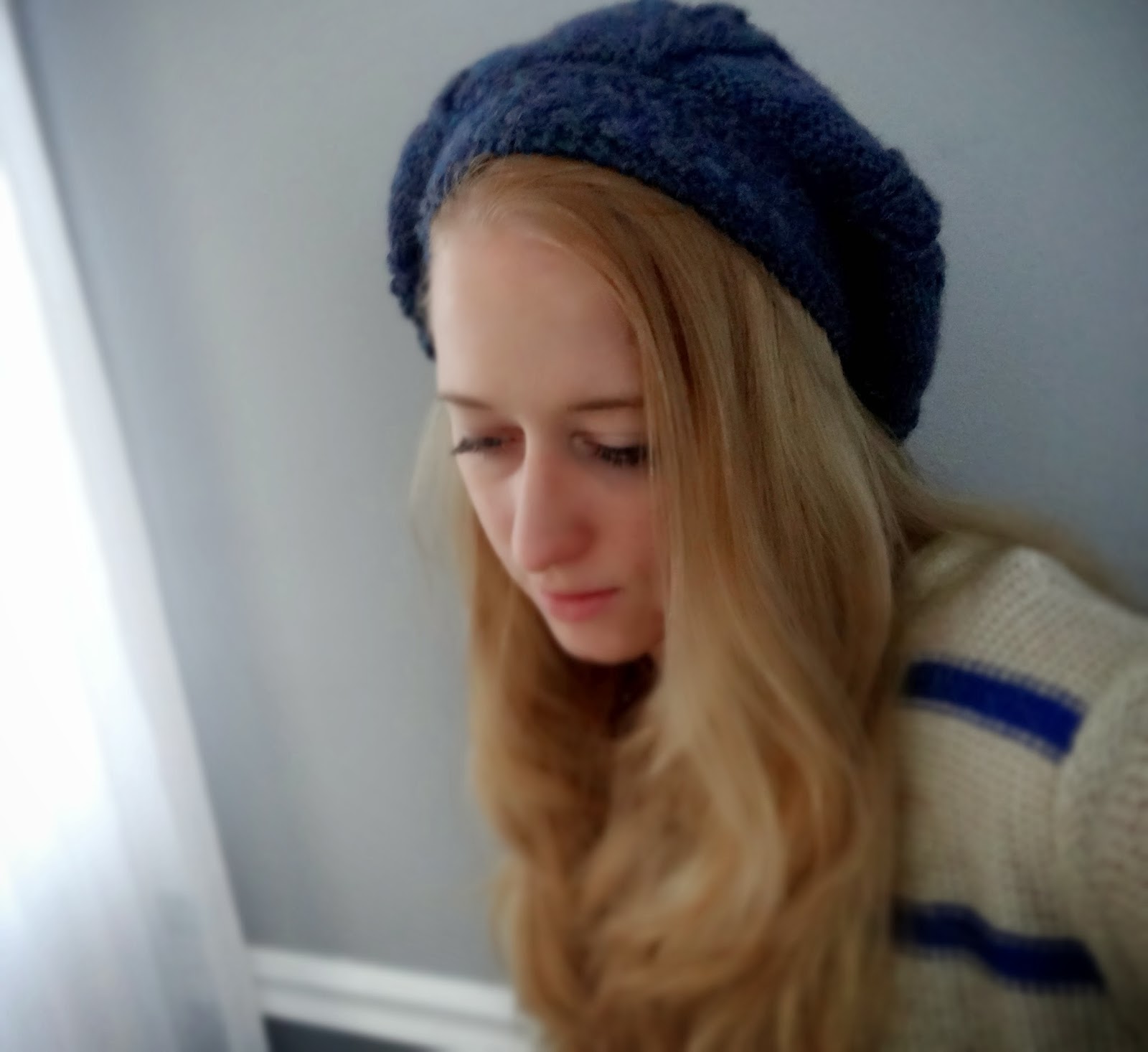 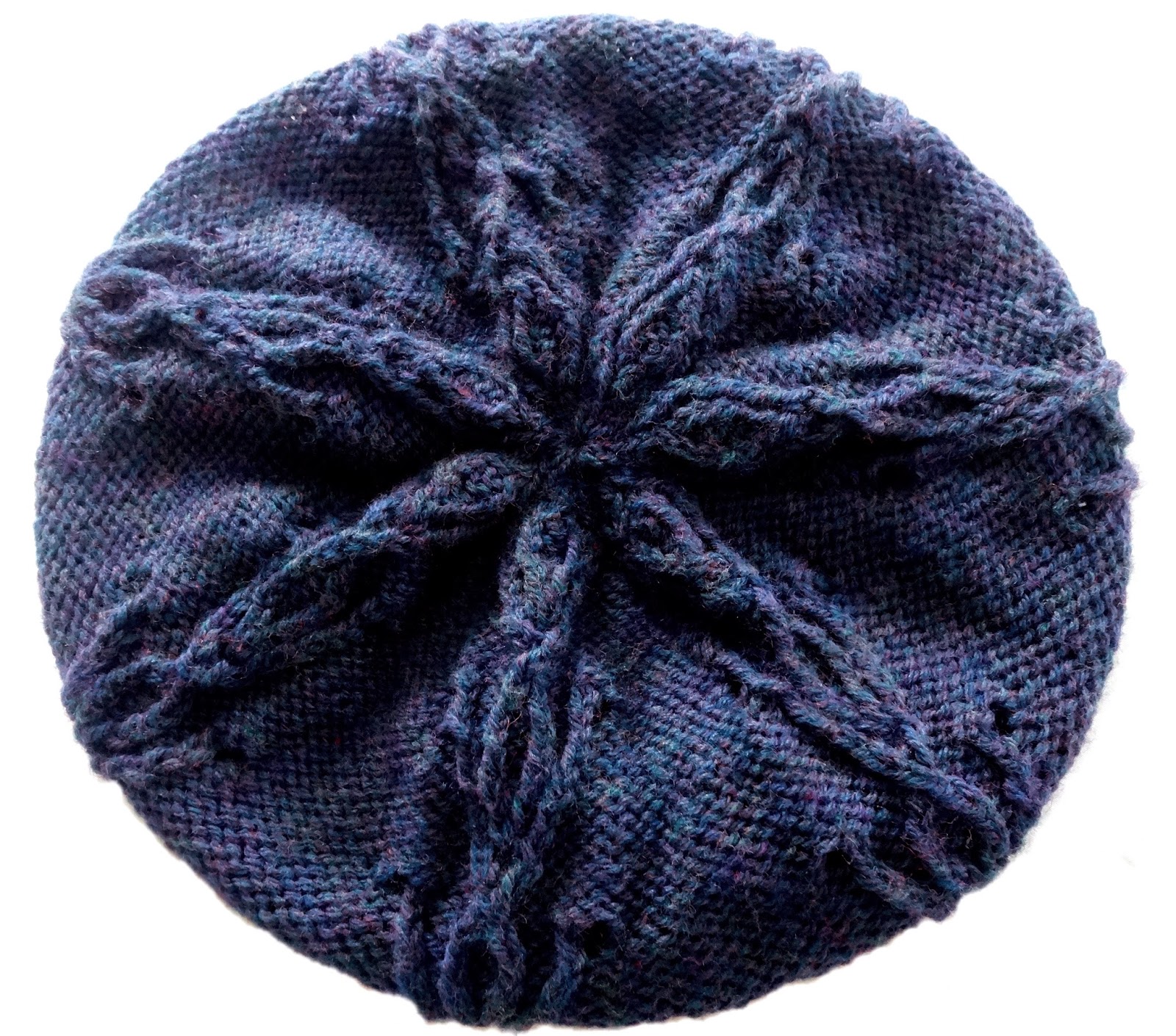 Posted by Knitting Up A Storm at 4:43 PM