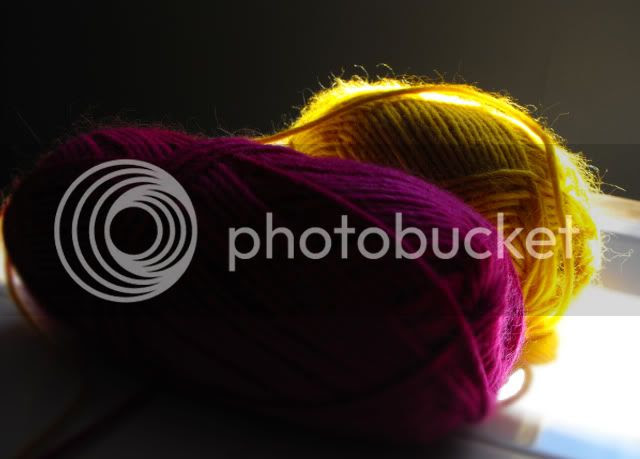 I've spent the better part of Tuesday and Wednesday swatching away. Five swatches, to be exact to get the right gauge for a new pattern that is in the works: the Honeycomb Jacket for Babies and Toddlers. 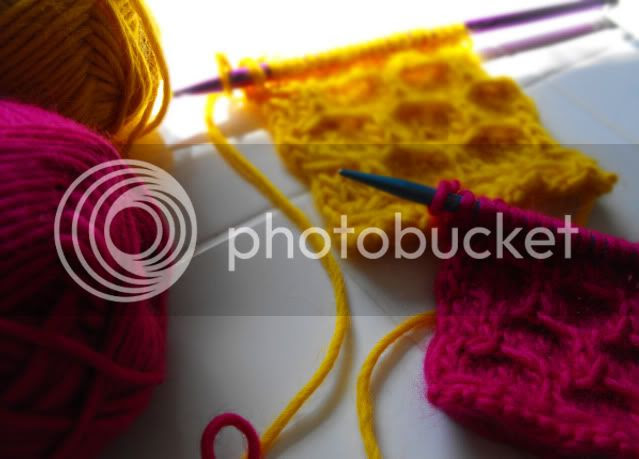 I've done swatches on size 11's and size 10's with the Stitch 'N Bitch yarn that I originally was going to use on this honeycomb Jacket...but decided that I didn't literally want a "honeycomb" colorway, but a multicolored colorway that was thinner so it was a lighter type of jacket meant for Spring/Fall weather or a chilly house. 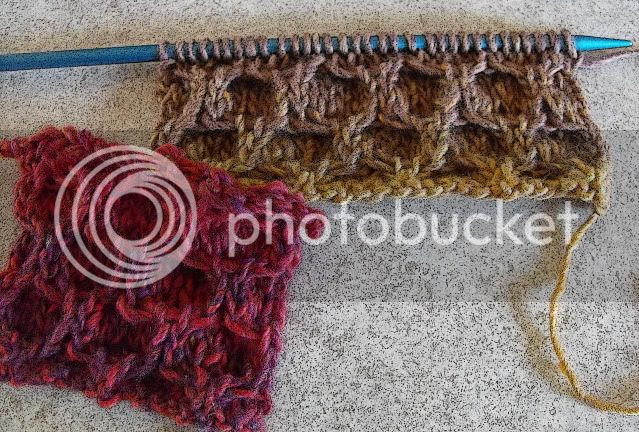 Enter: new type of yarn, the Bernat Mosaics that looks like Noro yarn. Don't get me wrong, I'm all for real wool, but I couldn't resist the charms of these yarns. They stripe in several colors when knit up...and it looks like I did all of the work! (Not to mention I got these for a great deal, so I bought more colorways...)

Enter: me knitting up a jacket for the size of an 8 year-old...because the smaller swatches lied. (Frog.) 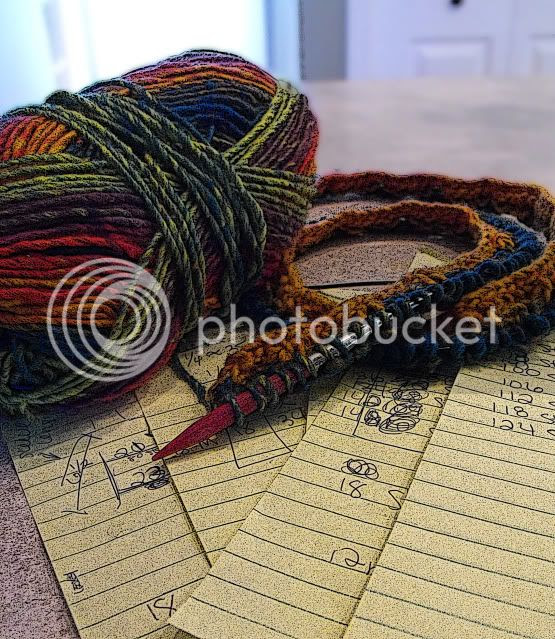 Of course I plan on knitting it in what my preemie toddlers fit at 18-24 months as tiny-beanies...which is a standard 12 month old waist! I know! I am going by the standards of the "Craft Yarn Council." When I write up the pattern, I will hopefully hit the standard fits (of normal weighing babies & toddlers) of Newborn, 3 month, 6 month, 12 month and 24 months. That's the plan. Now, let's just hope the cabling pattern obliges all of those!

The shape of this jacket is inspired by Elizabeth Z's "Tomten" jacket, where there is a big cutout in the jacket for the sleeves. And it will be hooded as well. And Zippered (yay!).  Everyone loves a zippered jacket.

Oh, and did I forget to mention my favorite part? The cables are done without cable needles. (I'll make a video tutorial later on that if you want.) It's a really nifty trick when you have C3F or C3B all across the row.

Alright guys. I'm officially checking out for the weekend...so this post will be nice and short. This all took a lot longer than anticipated and I'm cashed, since I had to do everything "off-hours" with the boys and all. The video tutorial will go over all parts of the pattern, so if you don't know how to do things like a "knitted cast on," or "Co1 using a twisted loop" or want to see how the stitches get dropped...there you are. :) I hope you all enjoy the pdf/video. It's long over-do, I know. (You might have to update your acrobat reader for the font.) once you click on the pdf button, it will bring you to acrobat, and hit the "download" button on the top. 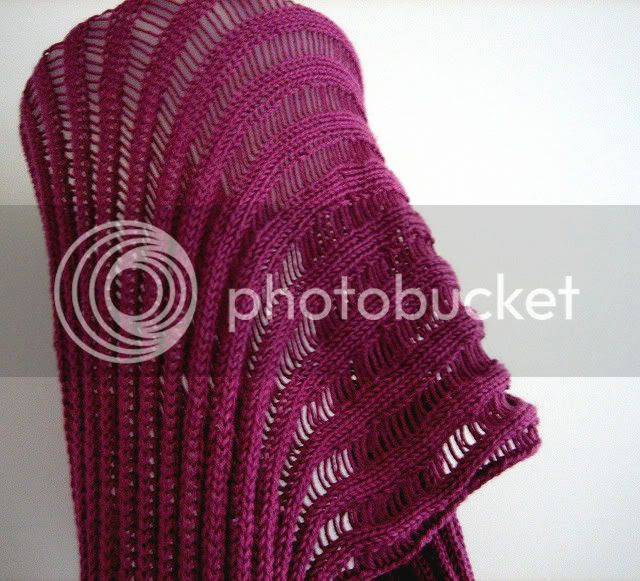 Something exciting coming your way!

Hey guys,
I've received dozens and dozens of emails since the birth of a particular free pattern, the "Dummy Clap Shawl," to explain or do multiple things for them: take out all crochet, include directions to make the dropped stitch gap smaller, teach them how to drop or do the bind off, make it PDF'ed, etc.

I've was pretty adamant about keeping the crochet since it's just a simple chain or single crochet stitch for the edging and that's how mine was done...but now I have decided to tinker with an idea that I had that would eliminate any necessary crochet in the pattern and make it 100% knitting...as I've found out a lot of people would really, REALLY prefer.

So here is what I am going to do, which is even BETTER (lol)...I'm going to rewrite the pattern, include two versions of drop stitches, pdf-it and more excitingly, MAKE A VIDEO TUTORIAL to go over how to knit this shawl from start to finish.

---The pattern & video should be uploaded sometime this weekend, so stop by soon if this is what you've been waiting for! :) 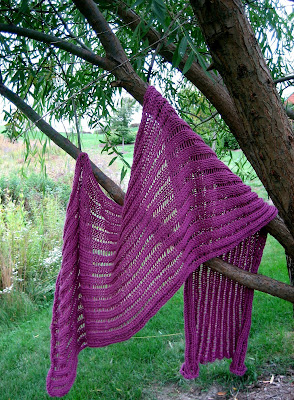