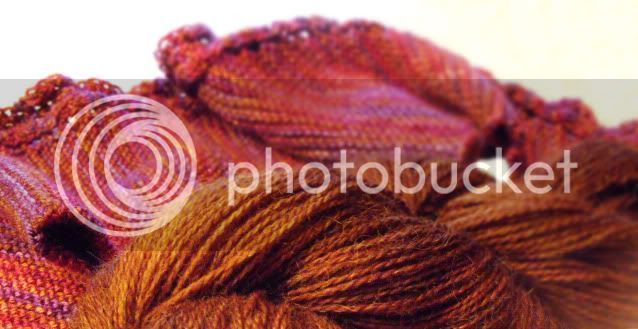 While the babes were sleeping, I got the chance to dye up a colorway to match the "Roundabout" shawlette that I'm knitting because I ran out of yarn like yards before the end of the pattern. This will enable me to do the edging that I looked forward to doing. The colorway is brown with redish tones. It reminds me of coffee (a mother of twins with caffeine always on her mind). I think it matches pretty well. The base is merino and alpaca, and I'll most likely have to double it up because it's fingering weight versus the sport weight of the shawl. A little beading is in its future, with simple single crochet & lace edging. 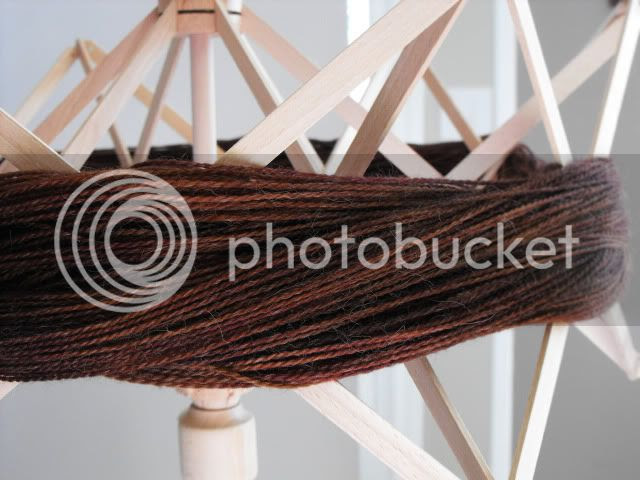 My mother tagged along to the mall the other day because the boys were trying out their free Gymboree class (it would have cost $110 for that one 45 minute class for both boys to attend!!). It was a lot of stimulation that the boys are not used to...all go-go-go-go with the teacher, and the boys were a little freaked out, so I decided to start out with "open gym" passes, because quite honestly, it would almost be the same thing since it's not one-on-one.

Anywho...we went to Barnes & Nobles afterwards and found this cute book that my mom forced me to buy. She even mentioned that she (the person who WILL NOT knit because she doesn't have the "patience") wouldn't mind helping me knit up the "knitivity" scene. Ha ha. I didn't take her claim for face-value because I knew when it comes down to it, I'll be the one who will end up knitting the whole thing, but I had to admit that it was a good idea as a Christian & knitter to make one for myself (or for others). Did I mention that it was practically 60 percent off? I love to do my shopping for next year's Christmas a day or two after Christmas because they still have the good items leftover and because things that add up in the long run (like 5 dollar wrapping paper!) are dirt cheap this time of year...and why not stock up before you put the decorations away? 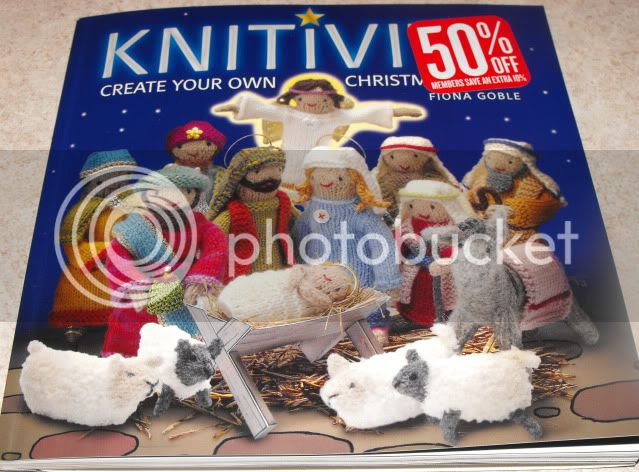 The book includes a crib and also the background scene to the set. 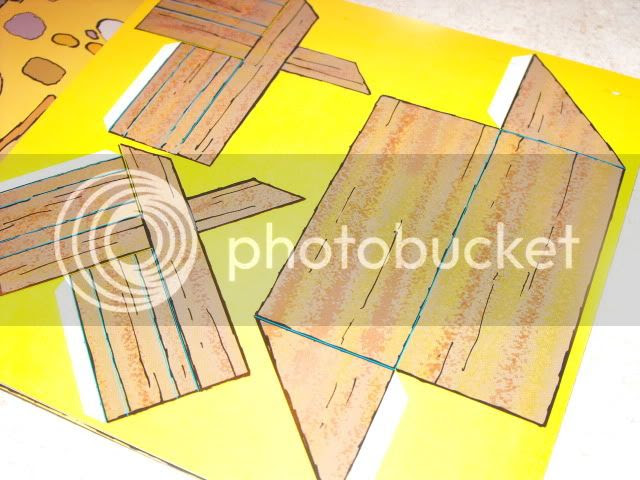 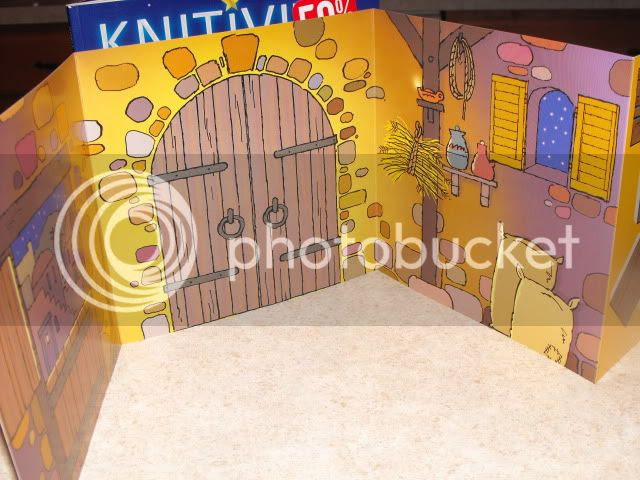 I think it's a really neat concept because it encourages you to knit different versions, like pregnant Mary and sitting Mary and standing Mary to suit your needs. This Nativity scene would really be great for the whole Advent season. Why shouldn't you have pregnant Mary out right before the "big night?" Or Mary riding a camel next to Joseph? I think that would impress a few people. Stash-buster? I think so! 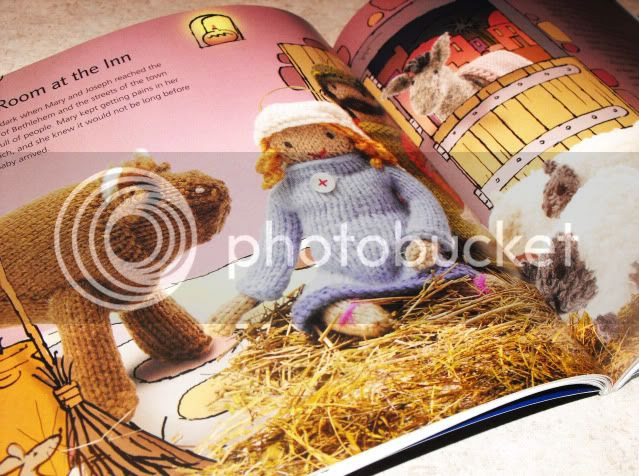 ...Not to mention, they make really great gifts next year!
Posted by Knitting Up A Storm at 8:10 AM