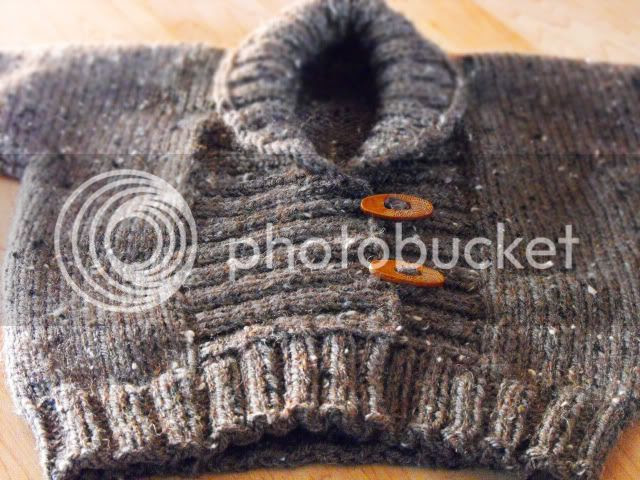 I guess I made an unofficial New Year's resolution to post more, which means that my little short time to myself after the boys go down is starting to be spent more on knitting, and not just being slumped half-dead on the couch after a long day of taking care of the boys & the constant cleaning. Even after a year or so of motherhood, I'm still not used to the never-ending mess. They literally undo the tidying at the same rate, and I feel like I can't quite keep up with the 'Jones.' Gone are the days when I did one or two loads of laundry a week.

You're looking at the second baby jacket...and now the boys can each wear one! The real jacket is a lot browner than in the photo I took during the morning light. They will have to grow into it a bit, which means success! I'm one step ahead of them... 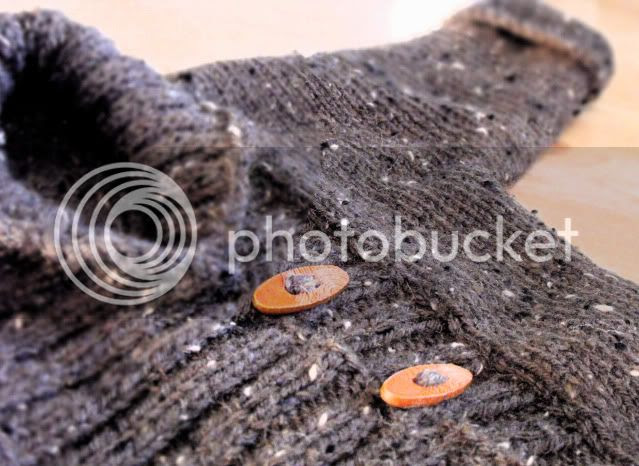 I think that this version is fairly better. I changed the pattern from the first jacket to have ribbing continuously on the bottom. The button's loops are more snug, which helps. The color is better, and tweed is always handsome as a sweater. 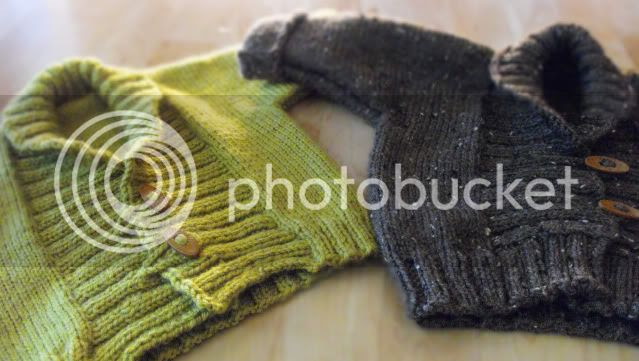 What's next? I'm slowly working on the modular vest. It's almost 3/4 done. I'm tying to get shake off the "startitis itch" to make the boys a colorful rug...and socks...
Posted by Knitting Up A Storm at 9:14 PM

These are so precious! :)

They are lovely. Children are a lot of work, especially twins but it does get easier.

I think it is amazing you find time to knit! I remember when my daughter was a baby -- the chores were never-ending and I felt getting a proper dinner on the table was a real achievement. I think she was 3 or 4 before I as able to pick up a crochet hook again. You're doing great!

I need some rugs, so I'm waiting to see the ones you are fighting off!! I have to wait until after April 17 for a major project, but I feel lonely with nothing going yet.

Awesome jacket. It's all fits in the winter time. I love it all. Thanks for sharing.

A webmaster of taufe baby