Hey guys,
Now that we are slowly unpacking and uncovering more things, I finally came across the baby gift I received right before I moved that my blogfriend Bobbi graciously knit up for my little boys. 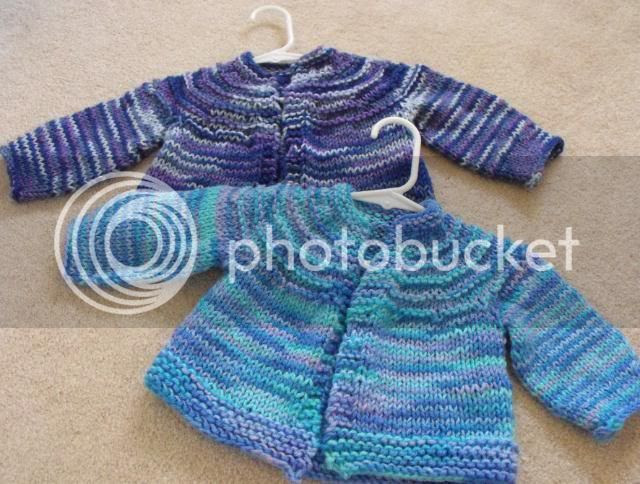 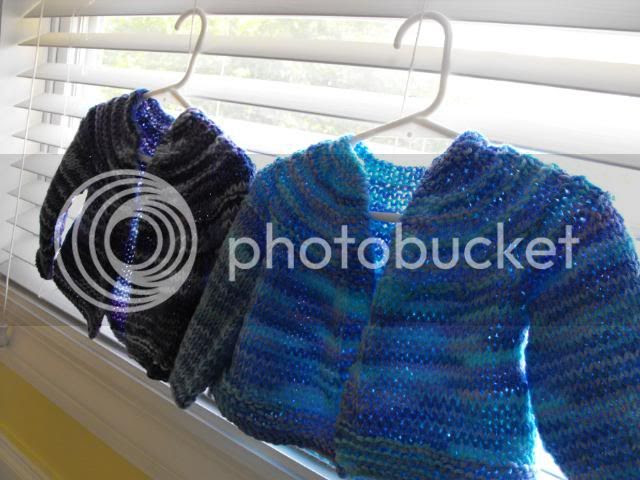 What a sweetie! Thanks again Bobbi...you're awesome!

As for my own knits, I've got a baby "Bears Fan" earflap hat on the needles right now and it's 50% done. You'll get to see the picture when both are done. No posting until the fat lady sings...otherwise, it will be like second sock syndrome, but for hats.

The little babes are now about 3 pounds each and are moving around in me like little aliens. You can really see and feel the little limbs popping out of the tummy, and they are particularily fond of my bellybutton, which feels very strange.
Posted by Knitting Up A Storm at 2:55 PM

These are so adorable!
Vicki