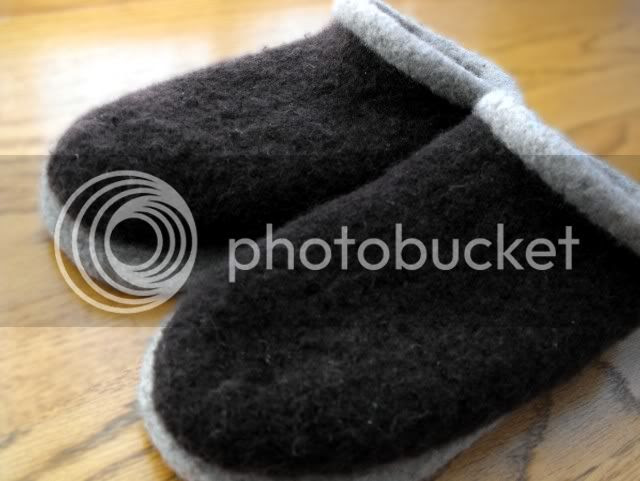 Well, I officially managed to not blow the birthday surprise. Really, I don't know how I did it. I'm one of the world's worst secret-keepers. My mother was completely blown away that she got her own pair of clogs. And in the color that she wanted, as she hinted months ago. (Yes, mother, I do listen to people's favorite colors, and what each and every one of the knuggles [non knitterly folk]wants from me.) She had a good birthday (lots of cake and awesome presents), so I was satisfied. The clogs were literally off the shoe-drier before I wrapped them up. I was very happy they dried in time. Each clog had two hoses emitting warm air for 200 minutes last night, and an additional 60 minutes or so yesterday afternoon.

They are so much smaller & narrower than mine. (Hey,...is THAT what happens when you use size 13's instead of 15's? [in my defense, I got that idea from some other clogger who suggested it]) I really like them. Too bad we had to part. *sigh.* I'm just glad that my mom liked them so much that she felt comfortable bringing them to choir practice tonight. Oh crap. That means everyone else knows I can make them. Double *sigh.* 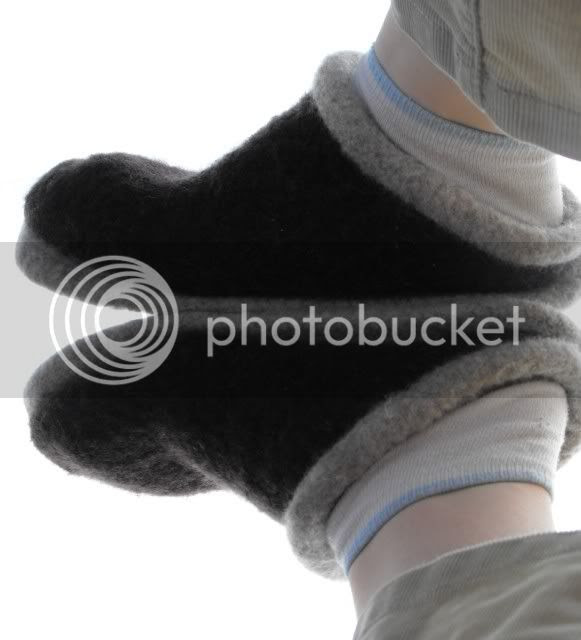 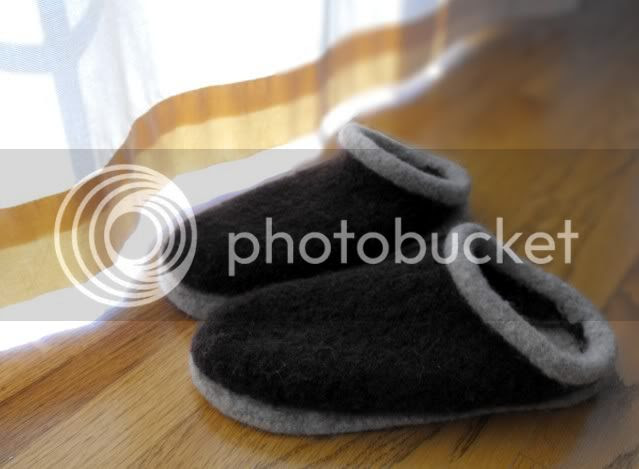 This post was supposed to be about the charity washcloths, but I decided that since I was slacking a little bit-since I had to make the clogs in under 3 days-I should wait until the next post to display them. 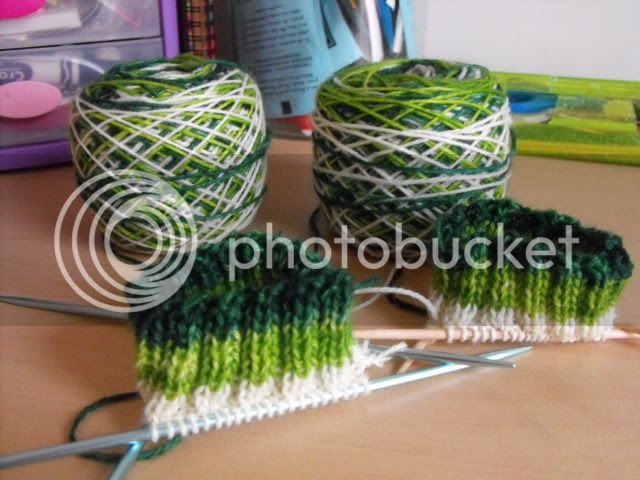 But until then, St. Patricks day is coming up, and I've gotta make some socks to go along with my awesome tee-shirt for the occasion. I've faced the fact that if I don't do socks 2-at-a-time, the second one doesn't get done. I'm a little in a time-crunch to get them done, so here's the full pair of socks so I don't end up wearing only one sock because I started slacking due to "Second Sock Syndrome." (Would the drunks really notice though, I wonder?)
I'm definitely digging the striping. They are on size 3US needles with a 60st CO, and will reduce to 58sts for the main leg part. 64st socks are just too big for me when they're in stockinette.
Posted by Knitting Up A Storm at 7:43 PM

Wow, those clogs are amazing! Good for you for keeping it secret!

Can you share what that green sock yarn is? It's beautiful!