"Beacon Hill" in the making 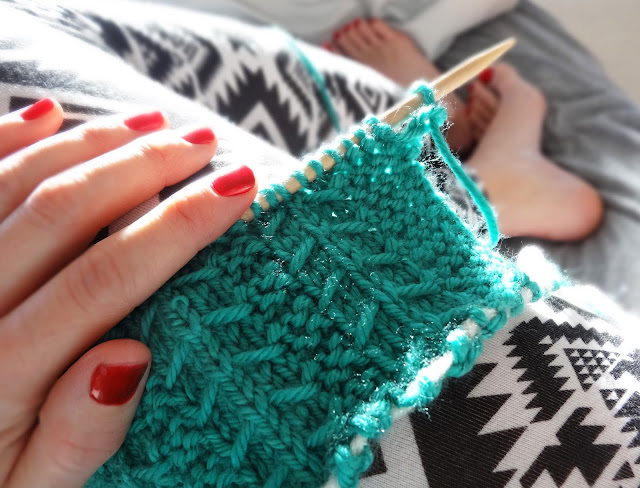 What's better than sunlight knitting with festive nails and hot tea at your side?

I've been hard at work, working on a new pattern with a name inspired by a location in one of my favorite series, Beacon Hill. It's a historic place in Boston, but it just felt "right" for the name for this project. If you can name a pattern after a person, you can name a project after a place.

Side note: I just found out that they re-released this discontinued series on kindle! The first one is free--try it out! It's got 1880's a Boston setting, with an amateur sleuth and a "Ross and Rachel" unrequited romance theme. I highly recommend this read! 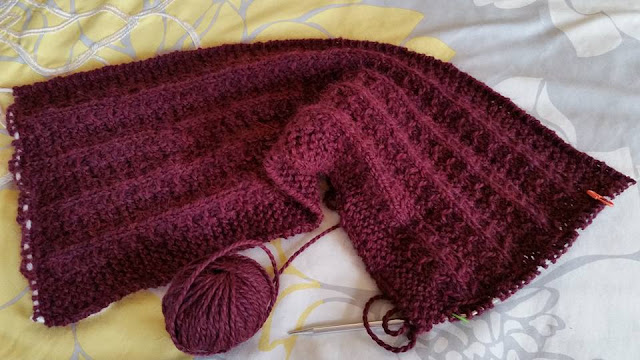 This is the original one, made from 100% baby llama. The stitch texture is a little lost in the smooth and hairy yarn, so I decided to start a teal sample that I also used for making a youtube tutorial on the invisible cast-on and stitch pattern used in this pattern.

The cast-on is the invisible cast-on method, as the beginning and end of the scarf will be sewn together like sock toes. 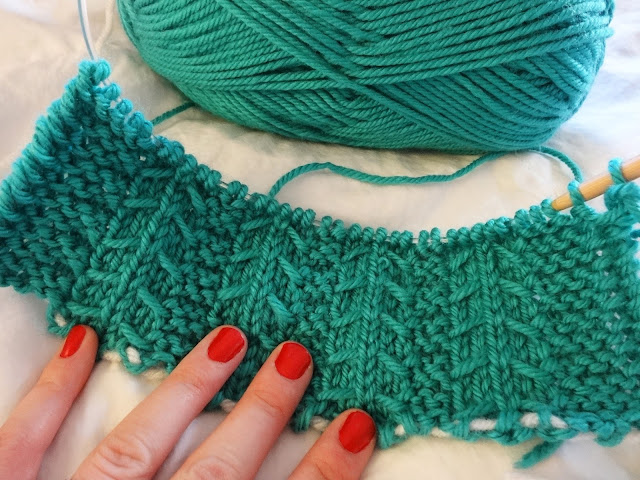 I tweaked a "Little Tent" stitch pattern from my stitchionary, and also added a thick garter border. This project will become an infinity scarf, with a hat and mitten set made afterward. The mittens and hat will not only have these little tents, but more modifications so it's not a one-trick pony. 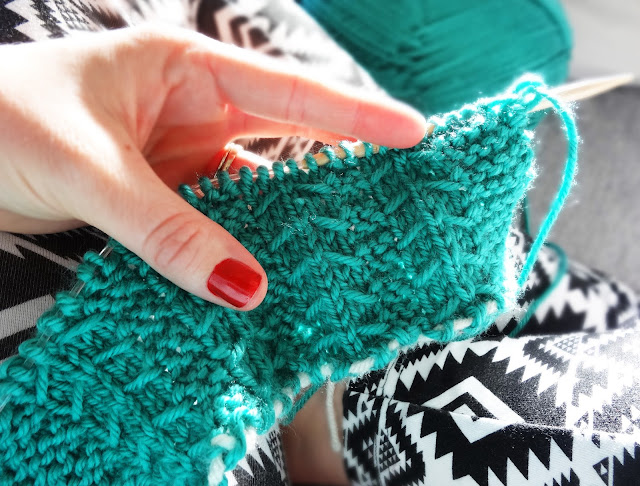 I NEVER paint my nails. Besides the fact that my thumb nails split on the sides and now directly down the middle, I work far too much with my hands as a mother, knitter and pianist to not make the paint chip immediately. However, because I was making a tutorial, I decided "what the heck?" and went for a festive red color in lue of the holiday season. The polish proably won't last long, but I'm having fun knitting, teaching and even typing with more feminine nails. :)

It's the little things in life...
I'm smitten.
Posted by Knitting Up A Storm at 6:22 PM