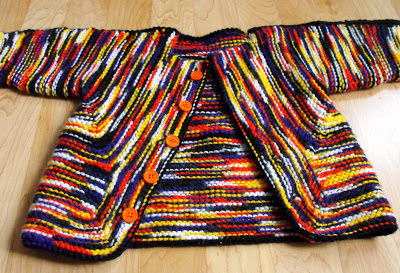 Good news: the BSJ 4 is finally finished!
Bad news: Halloween is over, I only have one of these, and it fits perfectly this year!

It's a little bittersweet because I've been saving this colorway for a while and I couldn't seem to find any more of it when I went to the store a couple of years later. It really does look striking on a toddler.


I also did some rows of solid black, but they were useless in the end. To sew the sleeves and shoulder together, I crocheted along the top (which I usually do to finish my BSJ's). It gave it this sharp black edge that's a little different than just sewing it invisibly.
Call me weird, but I think it looks kind of cool on a baby or kid.


My camera is much too slow, and my kids much to resistant to take a nice photo shot of mommy's hard work. Figures. Sam's pose below is actually him throwing himself on the floor in protest, in a toddler tantrum fashion. Hey, it you're down and still, mommy is going to take a shot with or without a smile!

Hmm, mommy sneaks around to take a shot of Mr. Sammie playing nicely or sitting still on the couch. Quick, take a shot! 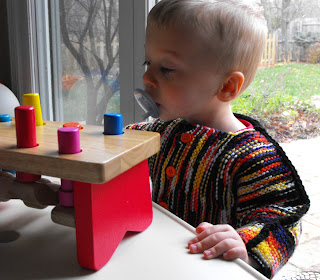 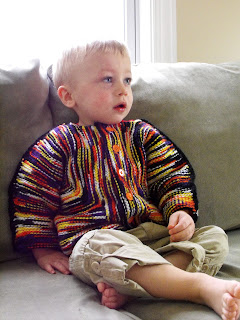 Where is Jacob in all of this? Well, Mr. No Pants would have non of this sweater-photo shoot action.  If he's not going to wear any bottoms, he's not going to put an extra layer on top.  I'm just lucky he isn't trying to remove the onesie at the moment...We've been having a lot of "accidents" lately. 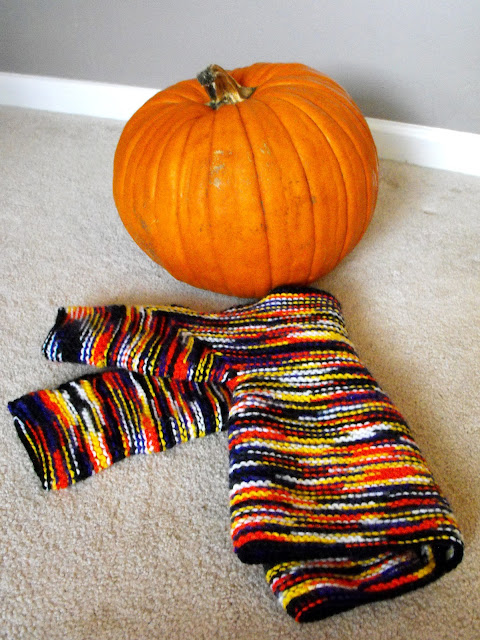 Maybe I should just use a pumpkin head as my model next time. Mr. Pumpkin doesn't move, doesn't whine and makes for a nice shot! :)
Posted by Knitting Up A Storm at 11:56 AM

It does look pretty awesome!