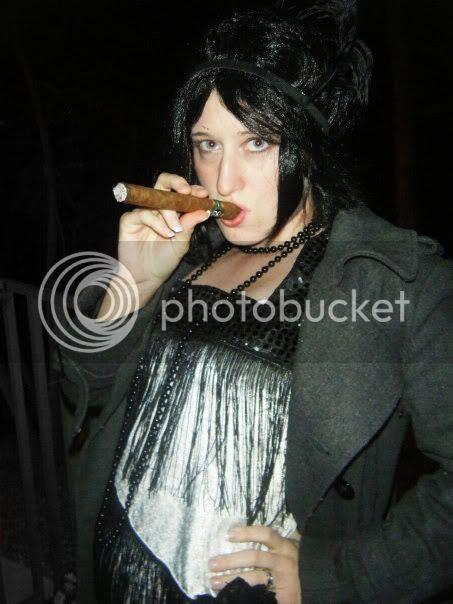 I hope you all had a great Halloween! I know I did! I threw a Halloween party that night! 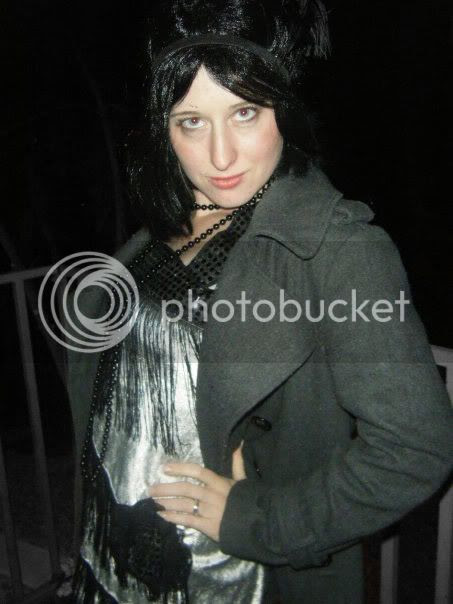 I went as a "flapper" this year, not another corpse bride. 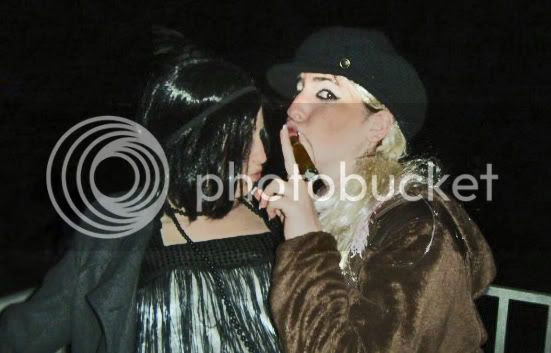 My pal Britney Spears also appeared at my party! Fabulous. We partied out on the terrace for a while. You might recognize her from my bridal party. 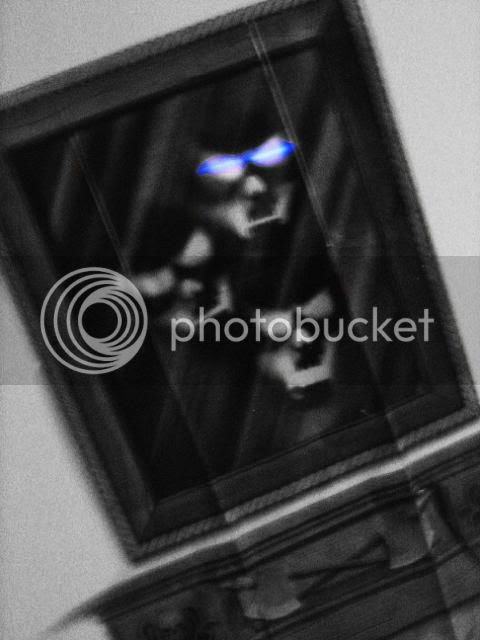 Dudes, my apartment was so decked out! I had cobwebs, lit jack-o-lanterns, posters with creepy pictures (large windows with owls or bats breaking through, dungeons, bookcases [which I covered the bathroom door with-it's a secret door!]. I even put glowsticks under the fireplace, dungeon door and under the ghost's eyes and hung fake tealights in place of my owl's eyes...it was hilarious! It was so neat with the lights off. I even had a small graveyard and lots of cool lights for ambience. There was plenty of booze in my punch couldron and junkfood to eat (with worms and gummy eyeballs in it!). Don't forget the halloween music too. You guys need to hang with me next time. We knittas have the best parties! 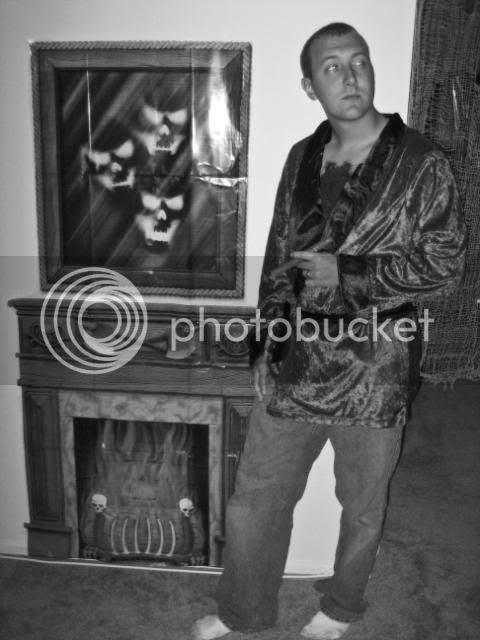 My hubby, "Dr. Stange Love." I begged him to be my "gansta," but he refused. Zut Alors. 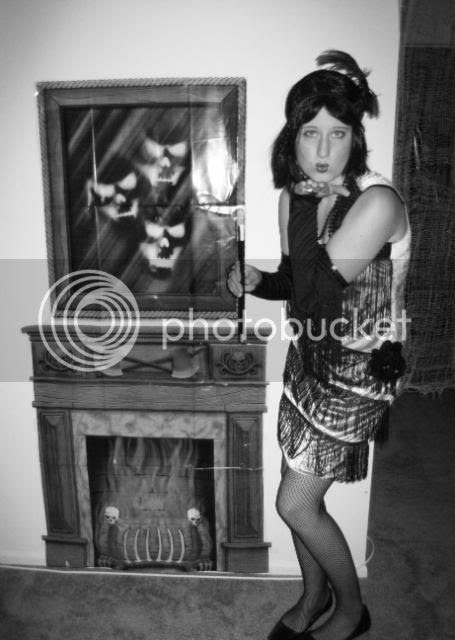 Posted by Knitting Up A Storm at 9:03 PM

You're so darn cute! The dark hair looks good on you, too.