A walk down garter lane 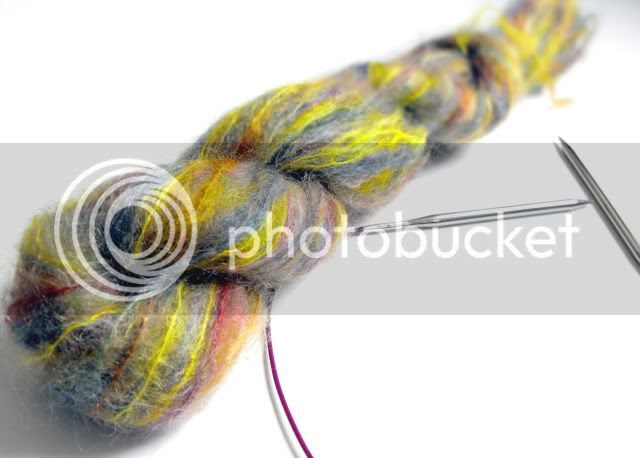 Every knitting designer, like writers, eventually faces the dreaded "mental block"-or for us knitters, the "knit-block." For those of you lucky enough to evade such a matter, or still have yet to experience it...it stings deep and cuts hard. The plaguing idea that filled every nook and cranny of my mind dissipated with every second of trying to draw out the design, and the once-obvious mental-picture of a cropped cardi around the cute dress hanging on the door started to mutate into an assortment of shapes, sizes, colors and constructions....
And don't even get me started on what type and quantity of buttons there were... 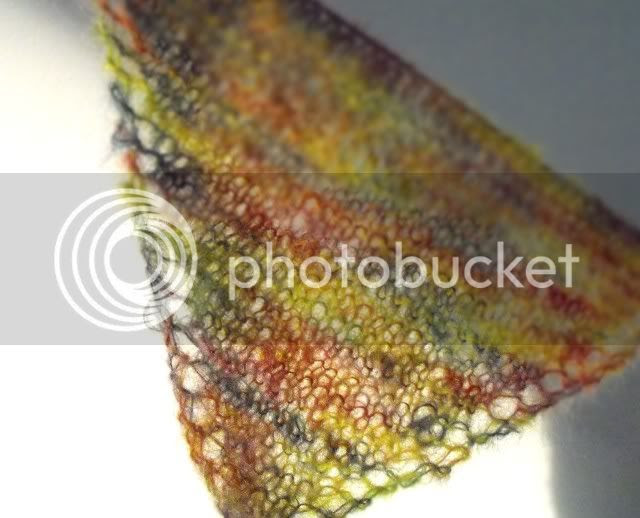 So, when desperate times call for desperate measures...do as I do, and pull out the "big guns." Ok, well, maybe the "big needles." Stick to the gartered pattern with nothing more complicated than eyelet-increases on the edges. It numbs the brain, while also keeping in tact the last shred of sanity you still possess.

A little background: Joe is receiving a "surprise" graduation gift after he completes his 3 week course that finishes around June 6th. I probably won't be done in 2 weeks. (Really, replace "probably" with "won't," because it's more like the truth and I'm just trying to be optimistic.) He will, though, get a few clues to try to figure out what the heck I'm knitting that will knock his socks off...and you guys can join along, trying to figure out what it is.

HOWEVER, please message-me your actual ideas/theories via Ravelry or email...as I really don't want you smarties ruining the surprise if you figure it out before he does. Keep in mind, he's a "nuggle" (non-knitting folk). And he will get to read these posts, and I'm sure he'll check the comment page just to cheat. You can use the comment page below to gloat about knowing what it is, or suggest ridiculous theories like me knitting him a rocket-ship, or something to that effect.

This first clue is a little mathematical, and the next clue should be a B&W teaser of the object.

You know, when I saw that skein of yarn, I thought, "ewww, yuck!", but as I see it knitted up, I think it's really gorgeous! Wow!

I really thing the word "nuggle" needs to catch on in the knitting world.

I got a kick out of reading that; especially since I've been knitting while listening to HBP on iTunes for the past week.

Is it a Entrelac scarf?