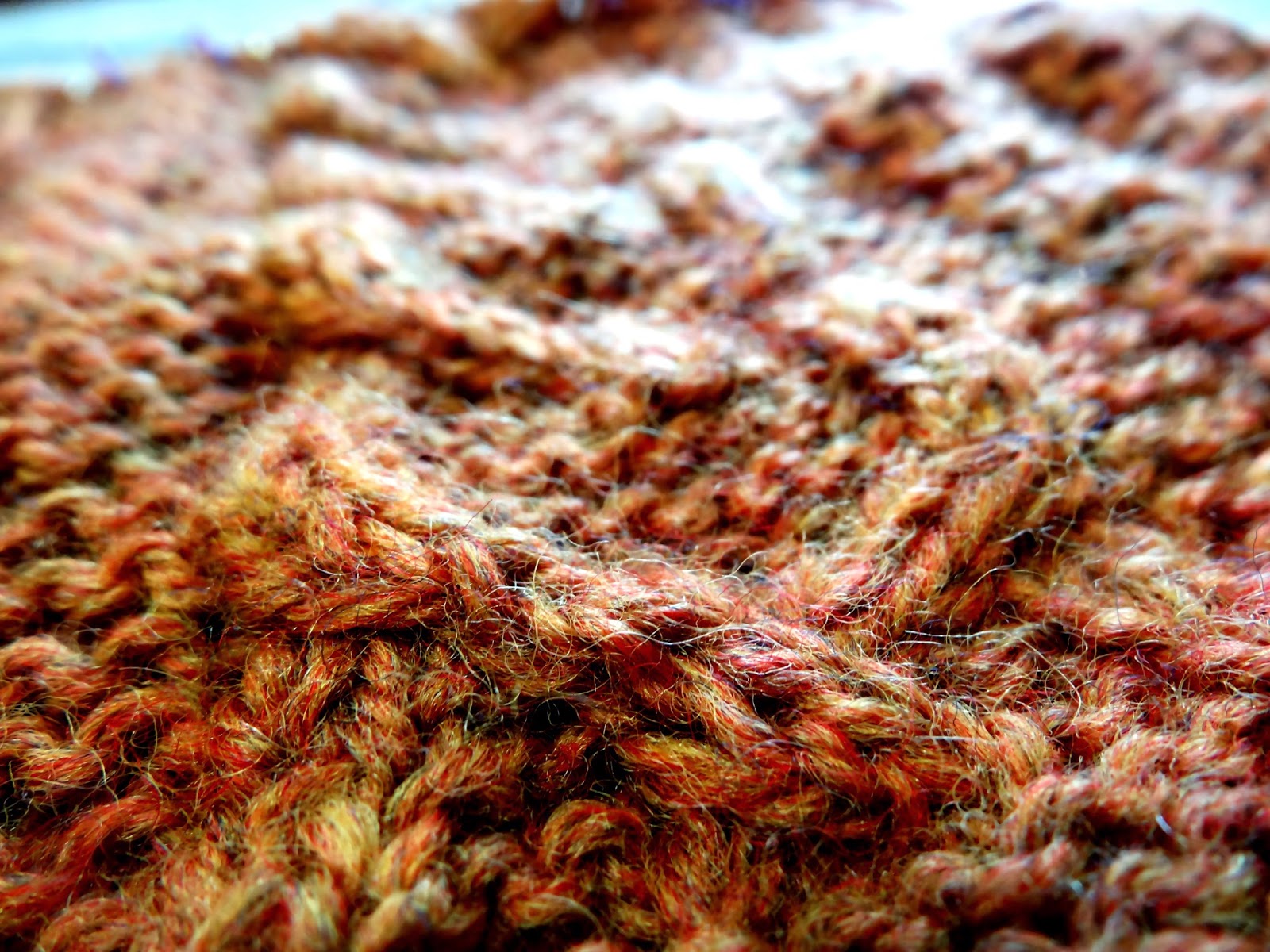 Oh, no! It's that time of year again! School starts, the weather shifts (more or less) and this blog starts droning on and on about the perks and tastes of fall! Ah!

Whether you are a veteran of this blog, or a newcomer, one thing's for certain: you'll notice that nothing gets my hiney more in gear for knitting than the fall. I've had Ysolda's "Pumpkin Ale" sweater on hold since the end of the new year until I realized that YIKES, it's nearly fall and this sweater is still in it's infancy.

Let's get real, though. Really real.
Do you know that feeling? The one where you had a pattern really organized, making hand-written charts next to the instructions and slashes to clearly tell you where you were in the pattern...just in case you took an absence? Then, after that "supposed" absence you realized that, oh, here's the cool project I started a year ago and then BOOM...where the heck is that pattern?!?

Yeah, came across that today. What a totally deflating feeling. Grr!
I searched high and low for this coveted marked-up pattern to no luck. 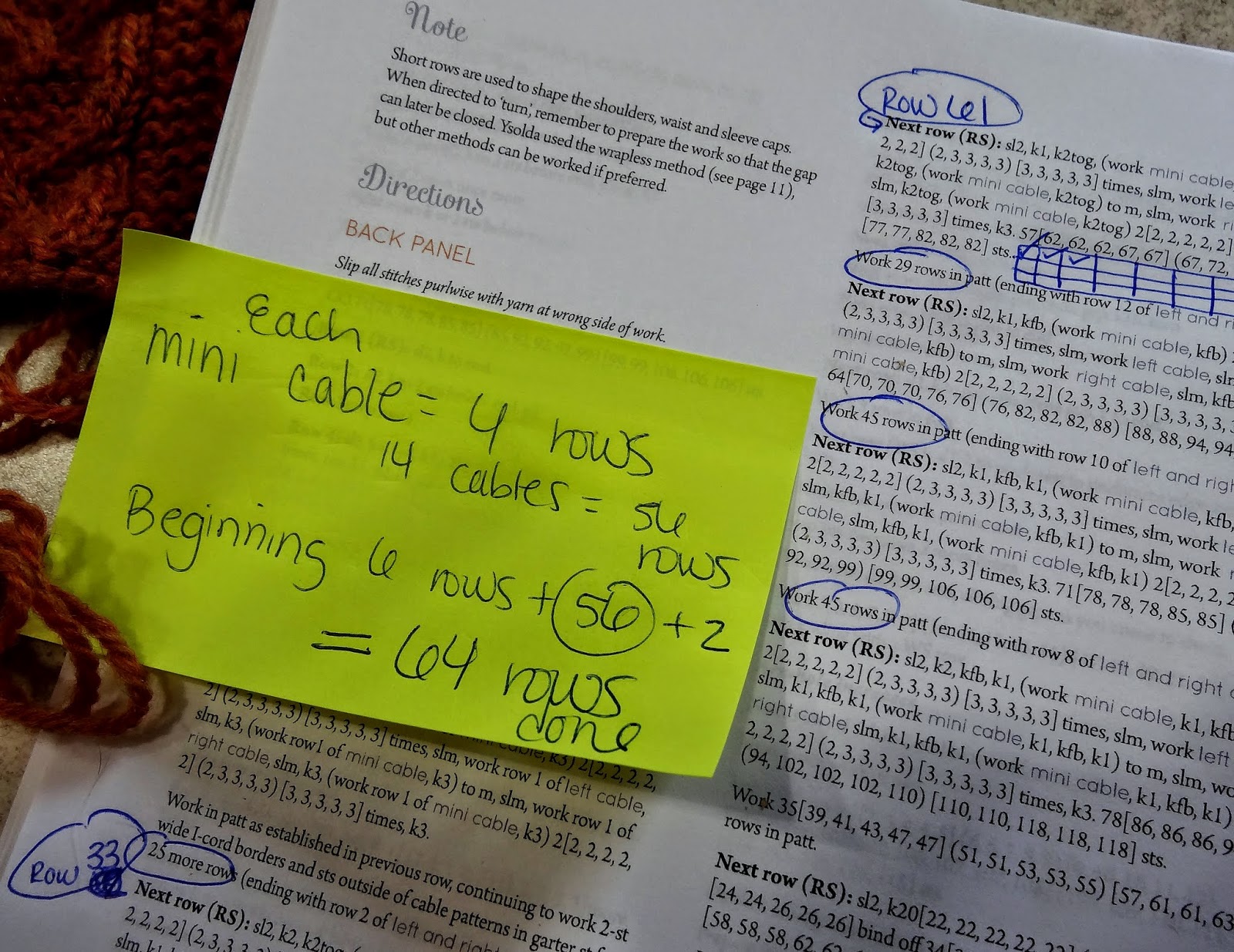 So the problem wasn't the pattern itself. I could go onto my Ravelry account and print off a new one (this is why you should buy your non-book patterns via Ravlery). I needed that special pattern that I marked on. Do you think that this sleep-deprived mom of two can remember where she was (especially when the designer dictates to do "X-amount of of rows in pattern" after every instruction), let alone know what size she started the pattern on?

Well, one thing's for certain. I wasn't about to frog the thing. I'm far too invested in this miniscule 12 or something-inch project. No, I was just going to have to Nacy Drew the mystery until solved.

It took a while to figure out the best way to find my exact row. I tried to go by decreases, but that wasn't a great idea. It was dang-hard to figure out where those were. They blended in too well. Pesky things, they. That, or I'm blind.

No, it finally dawned on me that I could use the mini-cables to light my way. I could clearly see how many they were, then see how I was in the middle of the next mini-cable, and figure out from the beginning of the instructions that there were 6 rows before the first mini-cable. That came out to 64 rows completed. Mystery solved.
I think. Maybe I should check my math.

I'm still wishy washy on the size, but I figure that I can alter it if need-be since I'm only on the back. That, and I lost some weight since last year. :) But where the heck is that frickin' pattern???

Email ThisBlogThis!Share to TwitterShare to FacebookShare to Pinterest
Labels: Sweater