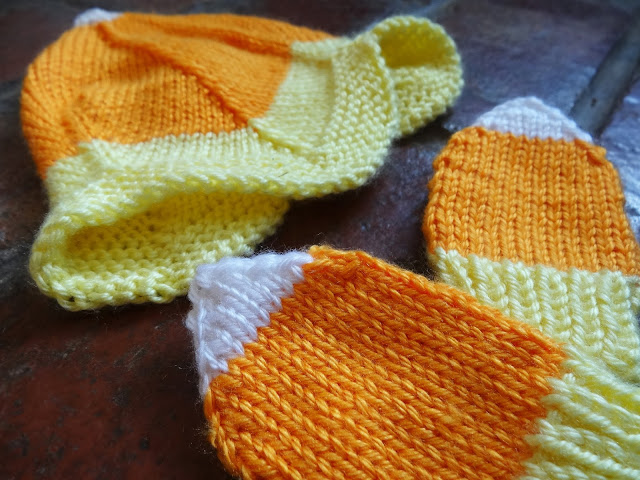 I am currently out in southern Indiana near French Lick and Paoli at the historic Wilstem Ranch for a family reunion. We were welcoming two new cousins this year, one of which I have not knit for yet. During our 6 hour drive, I raced against time to knit a Candy Corn version of Baby Djevellue that I knit for my twin boys in 2010. It is adorable knit in stripes, but extra adorable knit to look like a candy corn! 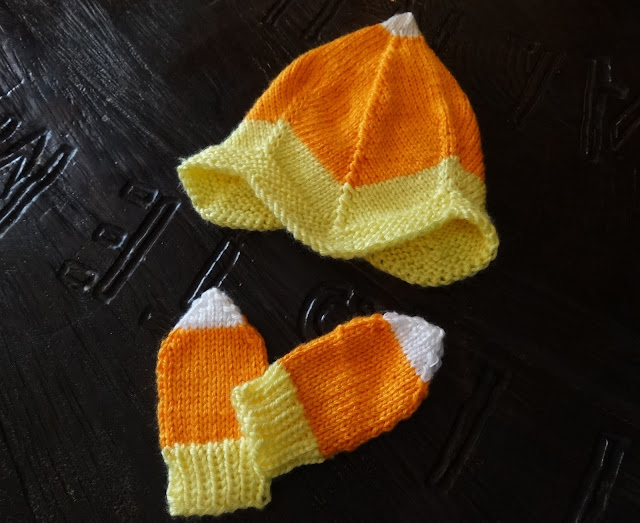 I completed the hat 1 hour from arriving at the ranch, so I decided to go for the gold and knit a matching pair of mittens. 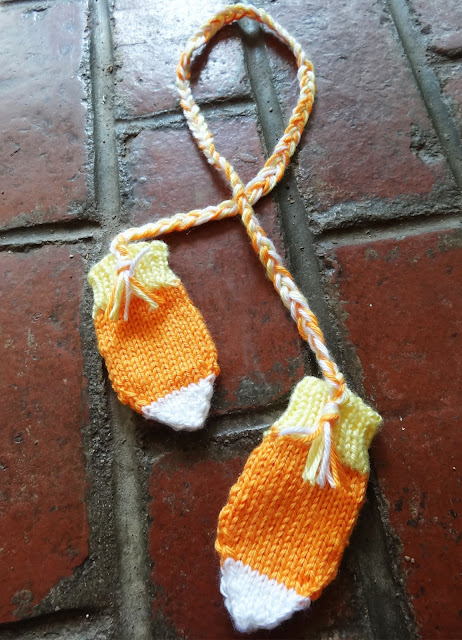 I cast on 26 sts on size US 6 needles using yellow yarn, then knit a 1x1 ribbing and switched to orange for the stockinette stitch main body. When I was ready to decrease, I decreased once in orange, then switched to white until I had 6 sts left. I made two sets of double decreases, which reduced my stitch count to 2 sts. I just drew the strand through those and made a knot.

I was running low on time, so I just braided the strands of yarn together instead of making an I-cord for the mitts. 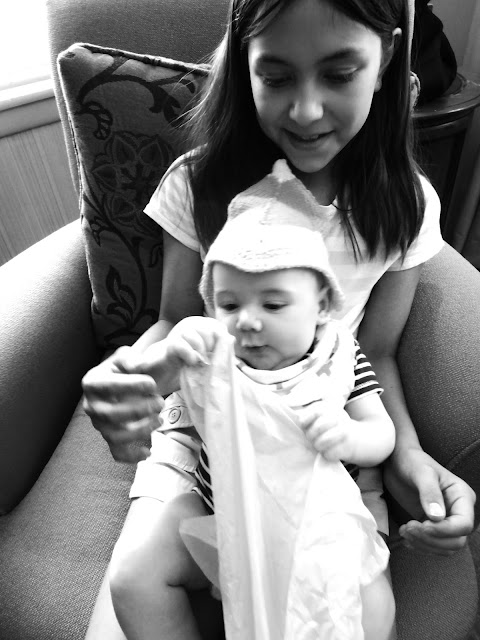 Baby Max is only a few months old, but when Halloween rolls around, I think his head will fill the hat better. 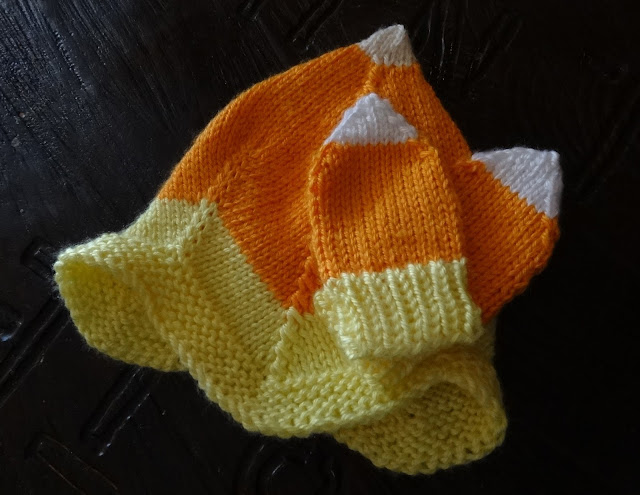 I had a fun time taking photos of my completed projects from this trip on the brick floor, desks or chests for these items in the den of the Wilstem Annex house. If you click on that link, you can read more about the ranch, and how president Roosevelt and famous music artists lodged at this historic 1910 house (that was later extended to fit larger groups). The whole house is filled with antiques and such to fit the early 1900's theme. It's expensive (and we have not done this), but there is ziplining, horseback riding and elephants on the ranch property.


Read this post to see photos of the Wilstem Ranch.
Posted by Knitting Up A Storm at 7:50 PM