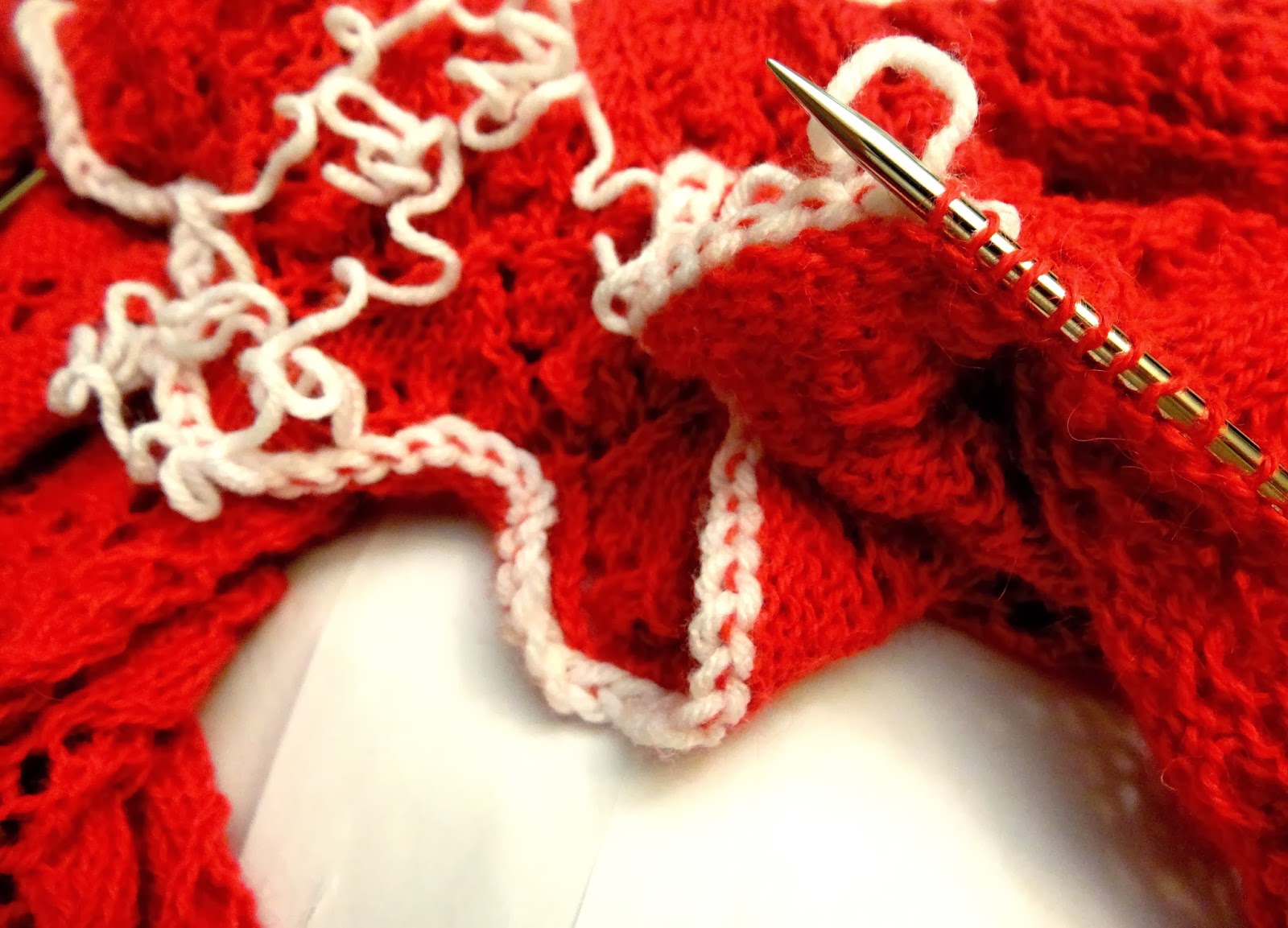 The "Forget Me Not" (a.k.a Amore Shawl) is undergoing border control. I have labored for a few days to come up with the perfect border, but no matter how I tweaked it on excel, and a zillion swatches later...sometimes you just have to face the cold, hard facts: yarn weight can turn something beautiful into something distorted. I'll just save the border for another shawl project. It obviously prefers something with a heftier weight.

I was so excited to get the provisional cast-on off after years of it waiting patiently to release that first row. I'm not sure if I'm just plain weird for getting giddy at this sort of thing, but it's an odd and pleasant sight to see it gone, and I was getting nostalgic with every unraveled stitch. It's been with me at various important occasions. 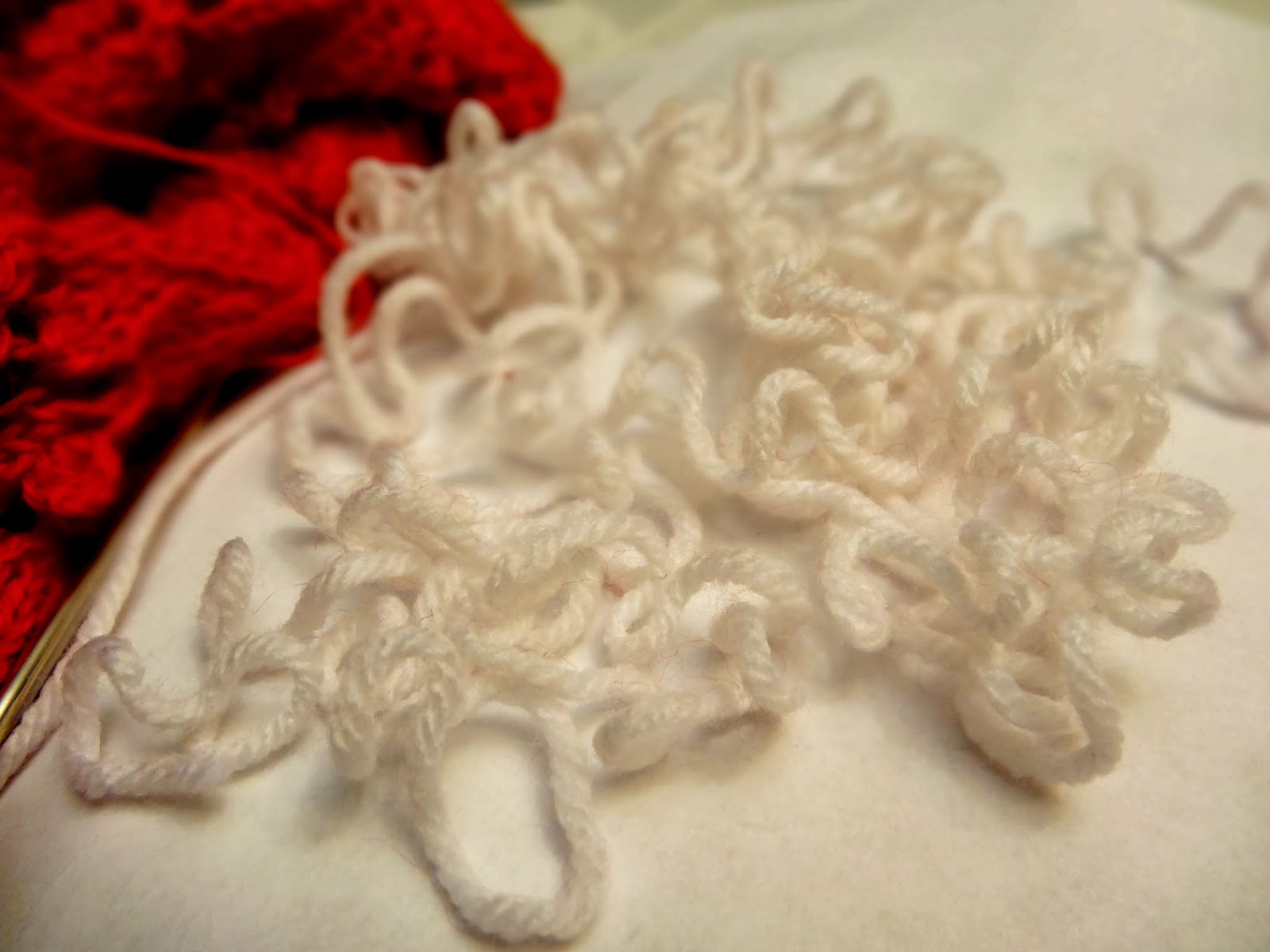 I plan on doing something simplier for the border. Actually, the same thing I envisioned in the first place before I got all excel-happy on something that didn't pan out. The pattern is so recognizable, and simple, but beautiful in it's simplicity and a breeze to remember. Who wants fuge a 724+ stitch border anyways? You heard me right.

I decided to go steal from my own store stockpile since I needed 8 stitch markers, and I wanted them to all match because I was in such a good mood. They haven't been on Etsy in a while anyways. 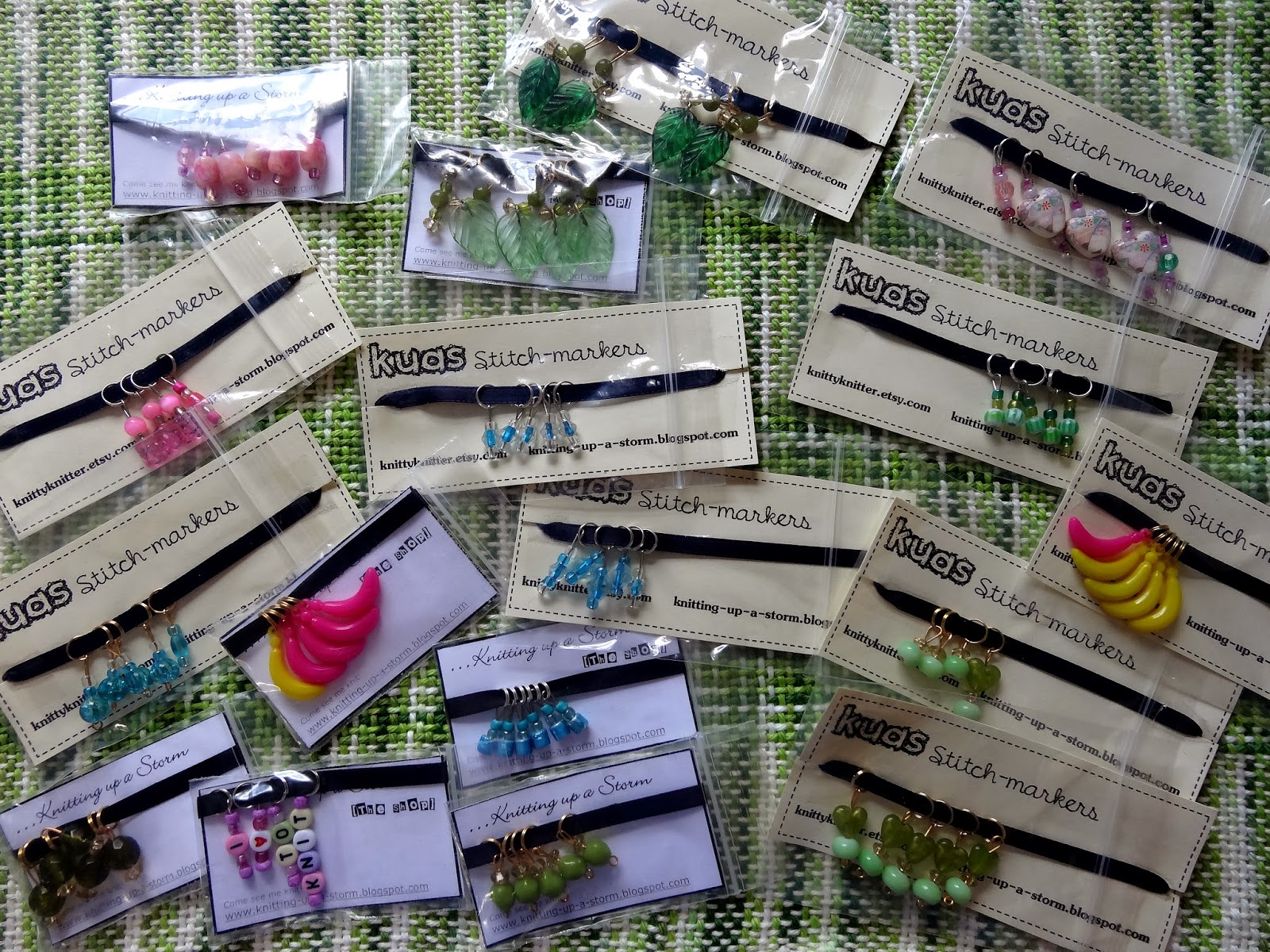 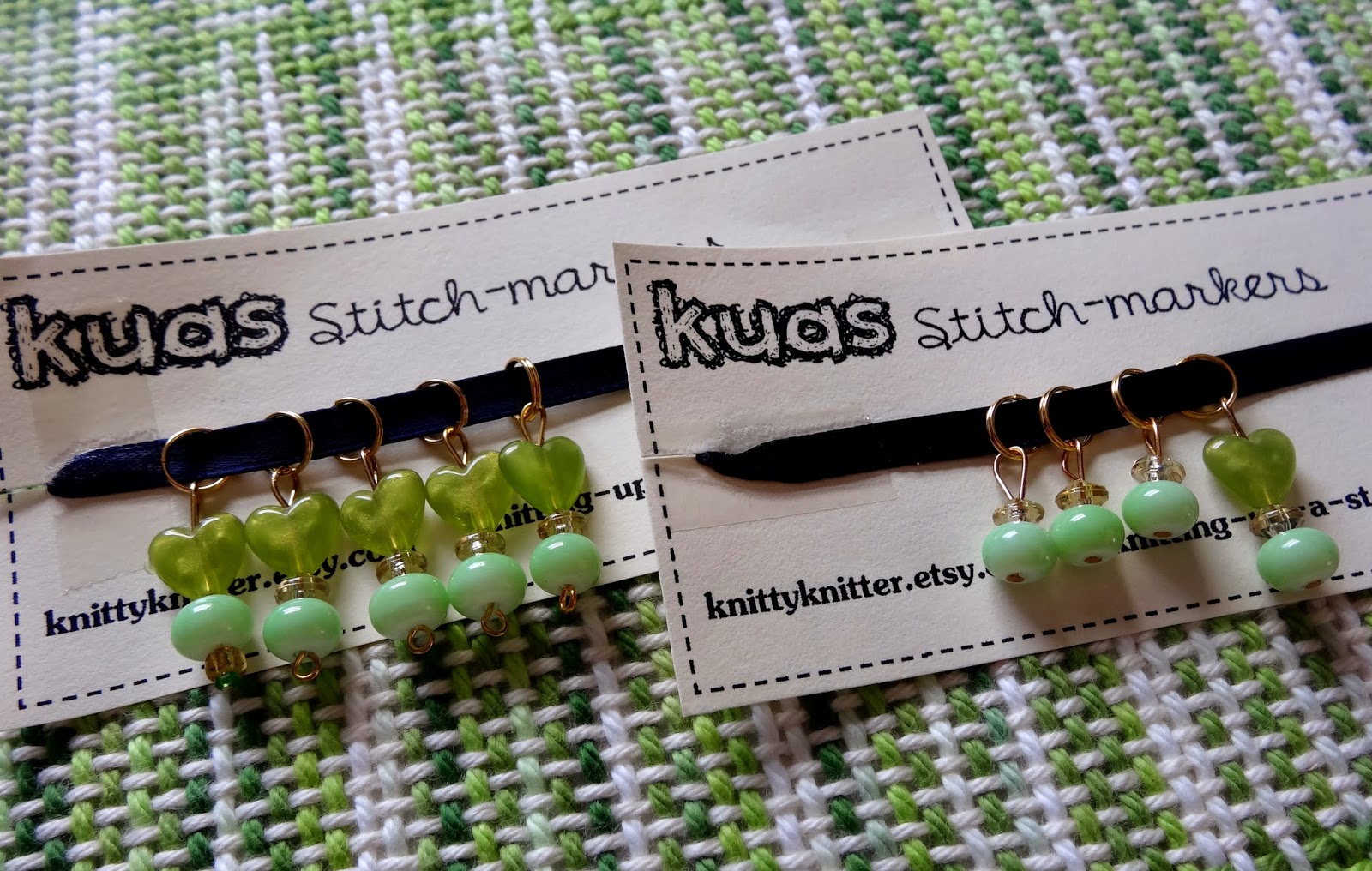 I think the hearts were a good choice for a heart shawl. I love the vintage green beads. :) 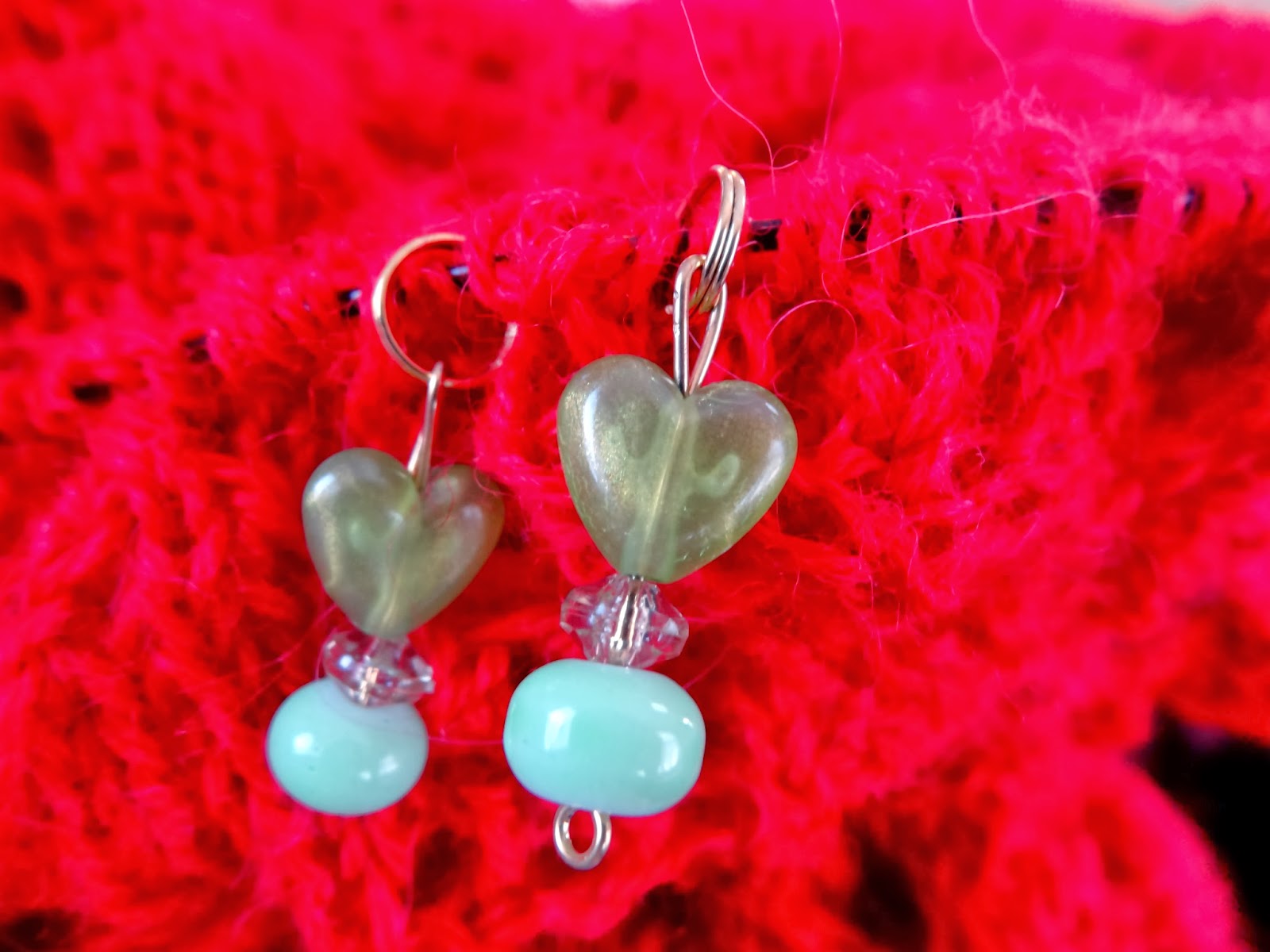 I have a small weaving project that is finished and will be posted tomorrow, and for all of my loyal readers, I am gifting a *free pattern* of mine to you at the start of tomorrow to kick off Mardi Gras (Fat Tuesday)! It's only valid tomorrow. The coupon code will be revealed in tomorrow's post. ;)
Off to write tomorrow's post early. . .
Posted by Knitting Up A Storm at 8:46 PM

Email ThisBlogThis!Share to TwitterShare to FacebookShare to Pinterest
Labels: shawl