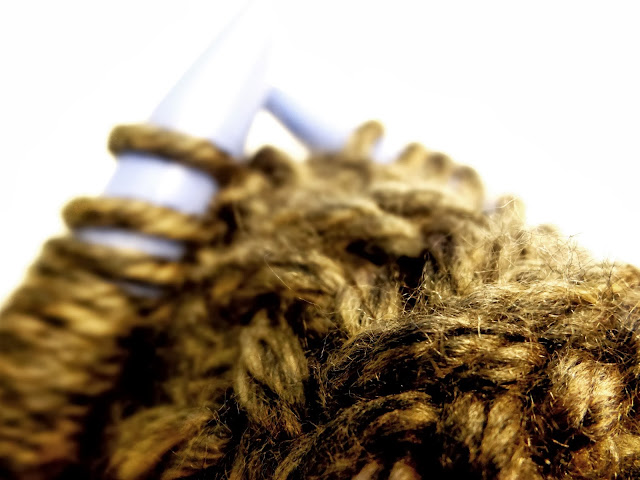 I'm sure I'm not the only one who had this reaction, but ever since I sat down in the movie theaters and watched Katniss from "Catching Fire" walk around the big screen in that woven cowl, I knew I had to make one of my own. I scoured the internet for photos, and came across a knitting pattern by Anaid Designs that was even better looking than the original. Every day that passes by, I see more and more buzz about this movie design and Ravelers scrambling to cast on their own. You could almost say that this pattern is "catching fire." Ha ha, good one. I know.

(Update: the designer of this pattern is no longer allowed to sell this pattern. Sorry, I am not allowed to email you this copyrighted pattern---it's not mine to distribute!) 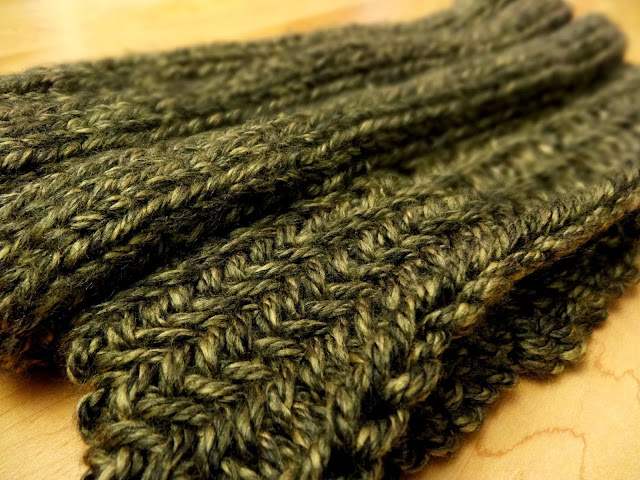 The pattern starts off with three humongous I-cords knit with size 11's ( I did 10.5), sewing the I-Cords together and then knitting the cowl with US35 needles!  I had to make a couple of special trips to obtain these materials. 35's are hard to come by. I wish I could have found circular needles to these. My other gripe is that I dislike the monotonous knitting of the I-Cord for what usually feels like thousands of inches, and this one was no easier, as it forces you to double strand the yarn on size 11's. Three times. In the original design, the top portion of the cowl is crocheting around rope (or some sort of rope-like material). Maybe garter rows with stockinette divisions would have been more yarn conservative, as well as reduce a little bit of the bulkiness?

"Retrospect update:" after finishing this project, I do not enjoy the bulkiness of the I-cord top. Maybe going with the crocheted rope would be best!

If you read about the original design, it was hand-woven by a couple of people within a week or so (psst, it really looks like it was knit in Herringbone Stitch, which is why Aniaid Designs decided to take that route). You can read more about the Hunger Games and the designs on Capitol Couture. 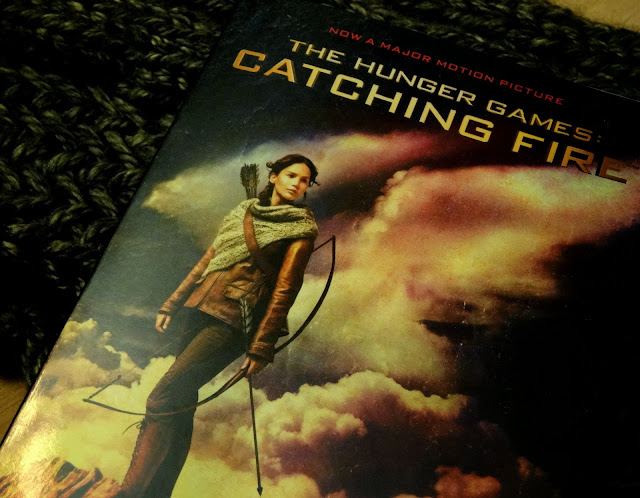 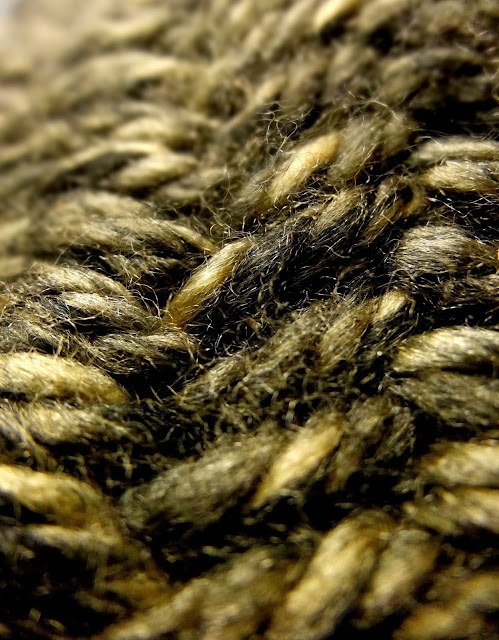 However, if my project looks anything like the designer's, it will be well worth it. I choose a colorway called "Granite" because it's much richer in depth. I think the Herringbone stitch will really pop in the brown tweed color. All I have left to do is knit the "drape" portion of the cowl and sew up the seam.

Have you seen the movie yet? I believe I like it even better than the first movie. It's pretty rare for a sequel to exceed the the original. I plan on re-reading the Hunger Games trilogy again as well. 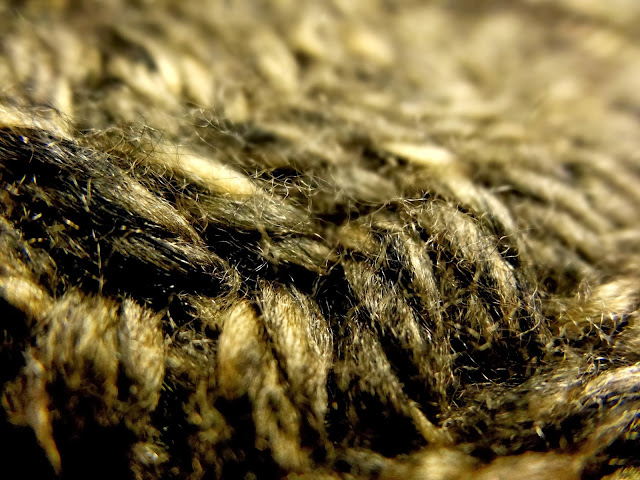 See the finished "Katniss Cowl" HERE.
Posted by Knitting Up A Storm at 5:13 PM