The Last Remnants of Summer 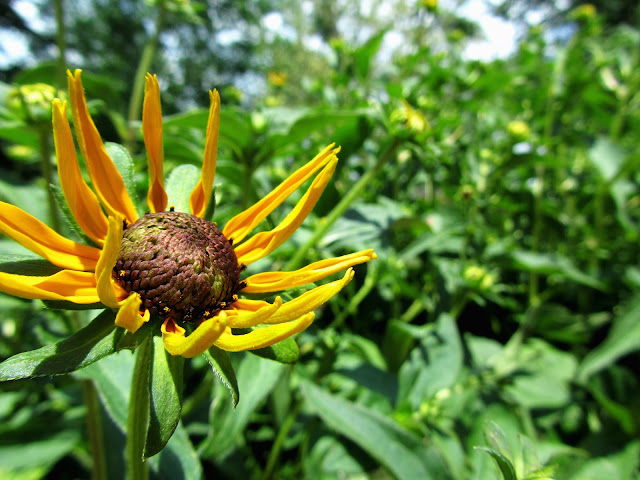 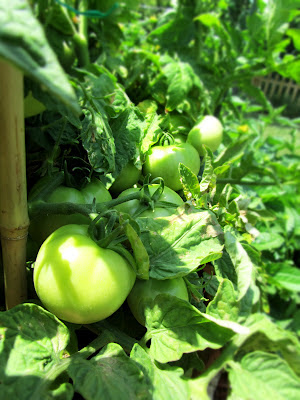 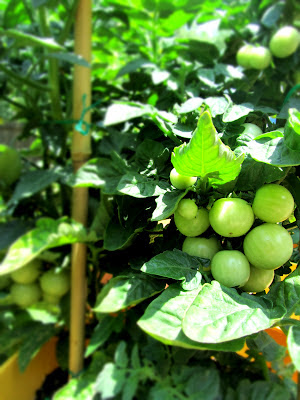 This is an ode to the final days of summer. Although there are plenty of things to do when the heat hits, it was much too hot this year to enjoy. I am embracing this Fall much more than usual (which is normally a lot anyways).


These are pictures of late Spring, when things were in first bloom. Little did they know that they would endure such heat, and that the only water they would receive until these past couple of weeks were from my water hose.

My cherry tomatoes are still producing, but my beefier tomatoes have been ugly, insect infested, and I really have only eaten a couple of its fruit this whole summer.

My "Lazy Susan's" are pretty much dead now, and the leaves are turning spotty brown.

I'm going to research how to dry and store some of my herbs, and see what I can do about bringing them indoors during the cold season. It's going to be a bit of a challenge with little curious hands around me. 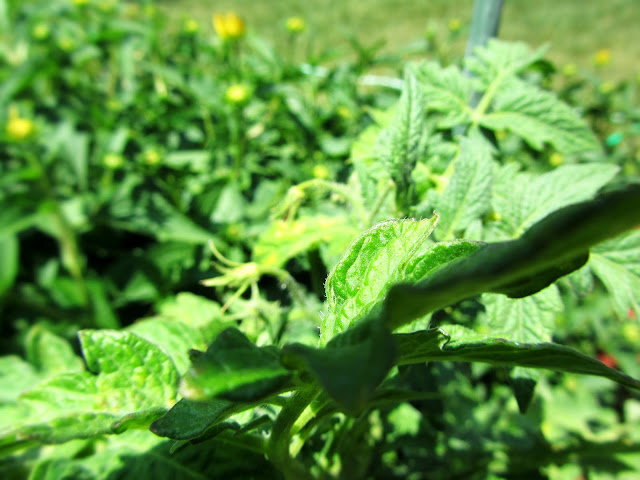 So let's fast-forward to this past week. My husband and I went to Apple Holler, an apple orchard, for breakfast (not successful for eating, thanks to Jake's temper). The boys enjoyed running around and seeing the goats. 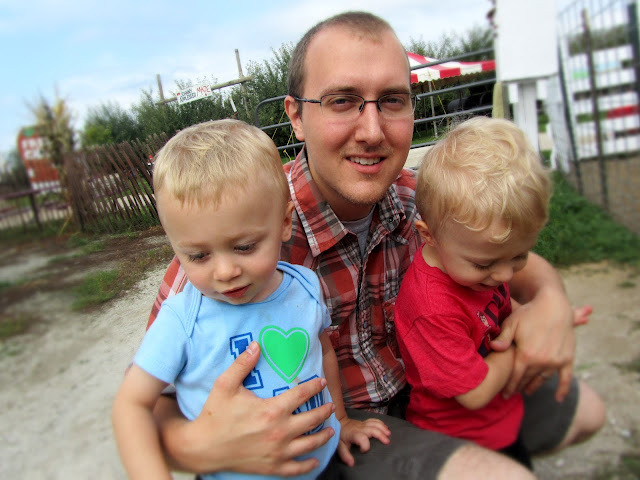 We also went to the Renaissance Faire on Labor Day with their grandma & grandpa. It was the last day that they were open and so it was crowded and hard to navigate around with an XL stroller. I don't regret the choice though, what with the gravel and exposed tree roots; this stroller can take a beating of a dirt bike. It was hot and miserable until the very end of our visit when it finally started to cloud over. Any guesses on who threw a fit because he was sitting "too long?"

Finally, here is what's on the needles besides the "Sashay Shawl" from the last post. It's not much, but I have been trying to work at it little by little so that I don't have to whip up two Halloween BSJ's in one month. It's about halfway done. 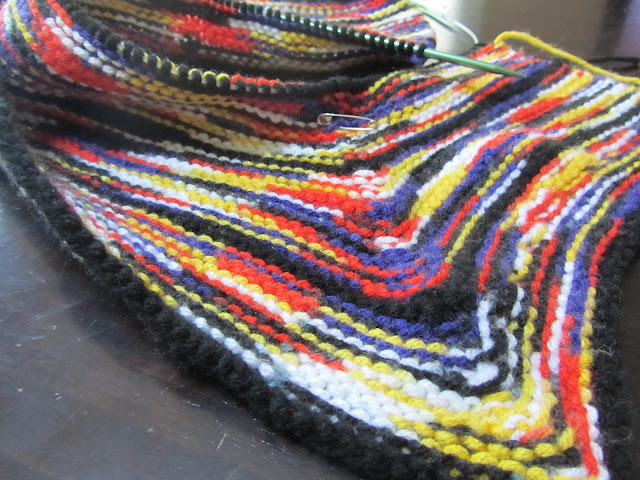 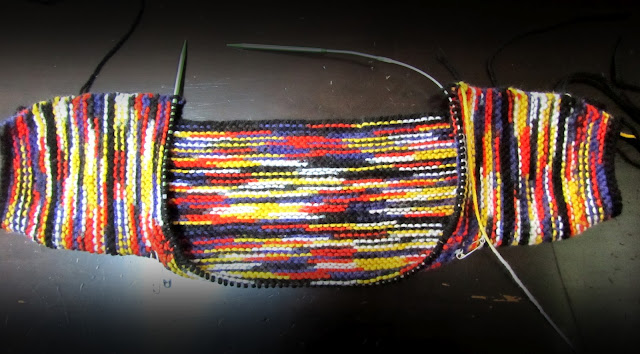 Happy Fall knitting,
Anna
Posted by Knitting Up A Storm at 12:43 PM

You're kids are the cutest.